(The Conversation) — Since the first indications that the U.S. Supreme Court could overturn the landmark Roe v. Wade ruling, following a leaked draft opinion on May 2, 2022, religious leaders from many denominations have been working to preserve access to abortion care, even as others prayed for Roe to indeed be overruled. A minister in Texas was among those working on coordinating abortion care, including flying women to New Mexico to get abortions.

Religious communities in the U.S. have long been divided over the issue of abortion. A 2017 Pew Research Center survey found that 57% of Americans were supportive of legal abortion. A majority of those who identified as evangelical were opposed to abortion.

Before June 24, 2022, when the Supreme Court overturned Roe v. Wade, The Conversation asked several scholars to explain the multiple views across faith groups and also the differences within denominations. Here are five articles from our archives:

Steven K. Green, director of the Center for Religion, Law and Democracy at Willamette University, explained why restricting abortion interferes with religious freedom.

The strong opposition of some Christian churches, such as the Catholic Church or the Southern Baptist Convention, is based on their views about the time of “ensoulment,” the moment at which the soul is believed to enter the fetus. Conservative Christians believe this happens at the moment of conception.

Not all Christian denominations agree. As Green wrote, the United Church of Christ, for example, passed a resolution in 1981 that said “every woman must have the freedom of choice to follow her personal and religious convictions concerning the completion or termination of a pregnancy.”

Additionally, other faith groups such as Islam, Judaism, Buddhism and Hinduism have differing beliefs about ensoulment.

Read more:
Religious beliefs give strength to the anti-abortion movement – but not all religions agree

Judaism allows for abortion and even requires it when a woman’s health is endangered, according to Rachel Mikva, professor of Jewish studies at Chicago Theological Seminary. The majority of foundational Jewish texts assert that a fetus does not attain the status of personhood until birth.

There is some difference of opinion among Orthodox rabbis, but there is room to consider diverse perspectives.

Overall, according to a 2017 Pew survey, 83% of American Jews believed that abortion should be legal in all or most cases. Even ultra-Orthodox leaders, as Mikva found, have resisted anti-abortion measures that do not allow religious exceptions.

Read more:
There is more than one religious view on abortion – here’s what Jewish texts say

Beliefs from other faith traditions such as Buddhism, Hinduism and Islam also show that religions place ensoulment at different moments and give it varying degrees of importance, according to Samira Mehta, assistant professor of women and gender studies and Jewish studies at University of Colorado, Boulder.

Muslim scholars and clerics, for example, have a range of positions on abortion. “Some believe abortion is never permitted, and many allow it until ensoulment, which is often placed at 120 days’ gestation, just shy of 18 weeks,” according to Mehta. In general, classical Islamic law sees legal personhood as beginning at birth, and many Muslim religious leaders therefore permit abortion to save the life of the mother.

Views in Hinduism and Buddhism are diverse. “Most Hindus believe in reincarnation, which means that while one may enter bodies with birth and leave with death, life itself does not, precisely, begin or end. Rather, any given moment in a human body is seen as part of an unending cycle of life – making the question of when life begins quite different than in Abrahamic religions,” wrote Mehta. For Buddhists, a decision about abortion is treated with compassion and considered to be a “moral choice,” depending on the circumstances.

Read more:
There is no one ‘religious view’ on abortion: A scholar of religion, gender and sexuality explains

4. Shift in views of Southern Baptists 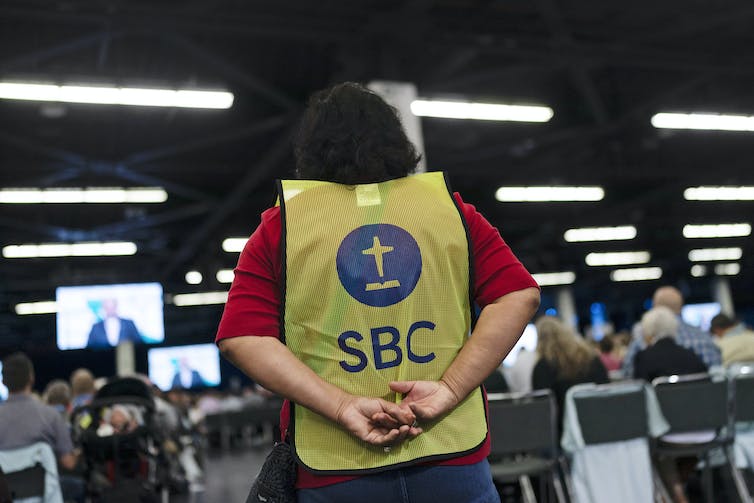 Scholars have also pointed out how in conservative faith groups, beliefs have shifted over time. Scholar Susan M. Shaw, who has long studied the Southern Baptists, explained that they have not always been opposed to abortion.

According to Shaw, the change in Southern Baptist views started in the 1980s, when a more conservative group took charge of the denomination. At that time a “resolution on abortion” was drafted that declared that “abortion ends the life of a developing human being” and called for legal measures “prohibiting abortion except to save the life of the mother.”

Additionally, as Shaw found, another “interesting shift” happened in that resolution – instead of referring to fetal life, as earlier resolutions did, the 1980 resolution called fetuses “unborn” or “pre-born” human life or “persons.” The fetus, as she wrote, “was no longer a developing organism dependent on a woman’s body, but rather it was a full human being with the same status and human rights as the women.”

Read more:
The history of Southern Baptists shows they have not always opposed abortion

Scholars have pointed out that among premodern Christians, too, views on abortion were more complex. According to religion scholar Luis Josué Salés, pregnancy prevention and termination methods thrived in premodern Christian societies, especially in the medieval Roman Empire.

Indeed, premodern Christians may have actively developed reproductive options for women, Salés found. Sixth-century Christian physician Aetios of Amida and Paulos of Aigina, who came a century later, were said to have provided instructions for performing abortions and making contraceptives.

In the U.S., the first abortion restrictions were enacted only in the 1820s. As Mehta aptly put it, “We tend to think of the religious response to abortion as one of opposition, but the reality is much more complicated.”

(Kalpana Jain, Senior Religion + Ethics Editor. The views expressed in this commentary do not necessarily reflect those of Religion News Service.)

At 75, Pakistan has moved far from the secular and democratic vision of its founder