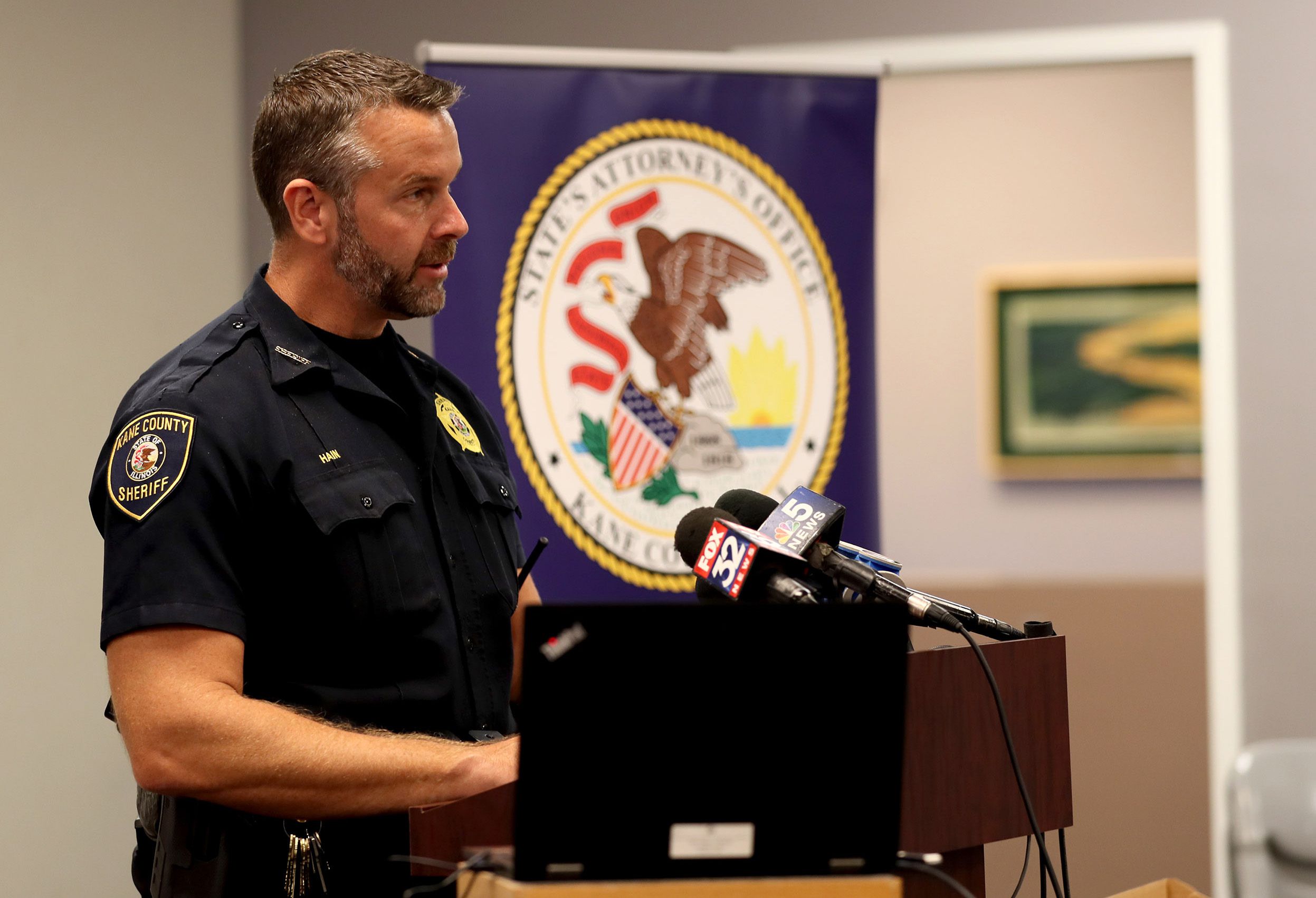 The horrific attack began innocently enough, according to Hain. A Labradoodle made it past an electric fence and ran from its yard to where the woman was jogging “to greet her in the street,” officials said. The jogger and the homeowner were acquaintances and friendly with one another, so the woman stopped running, grabbed the Labradoodle by its collar and helped it back to its owner, who had been standing in her driveway watching the exchange.

Chicago’s ‘Walking Man’ improves after being set on fire

How Field Museum visitors are helping with scientific research