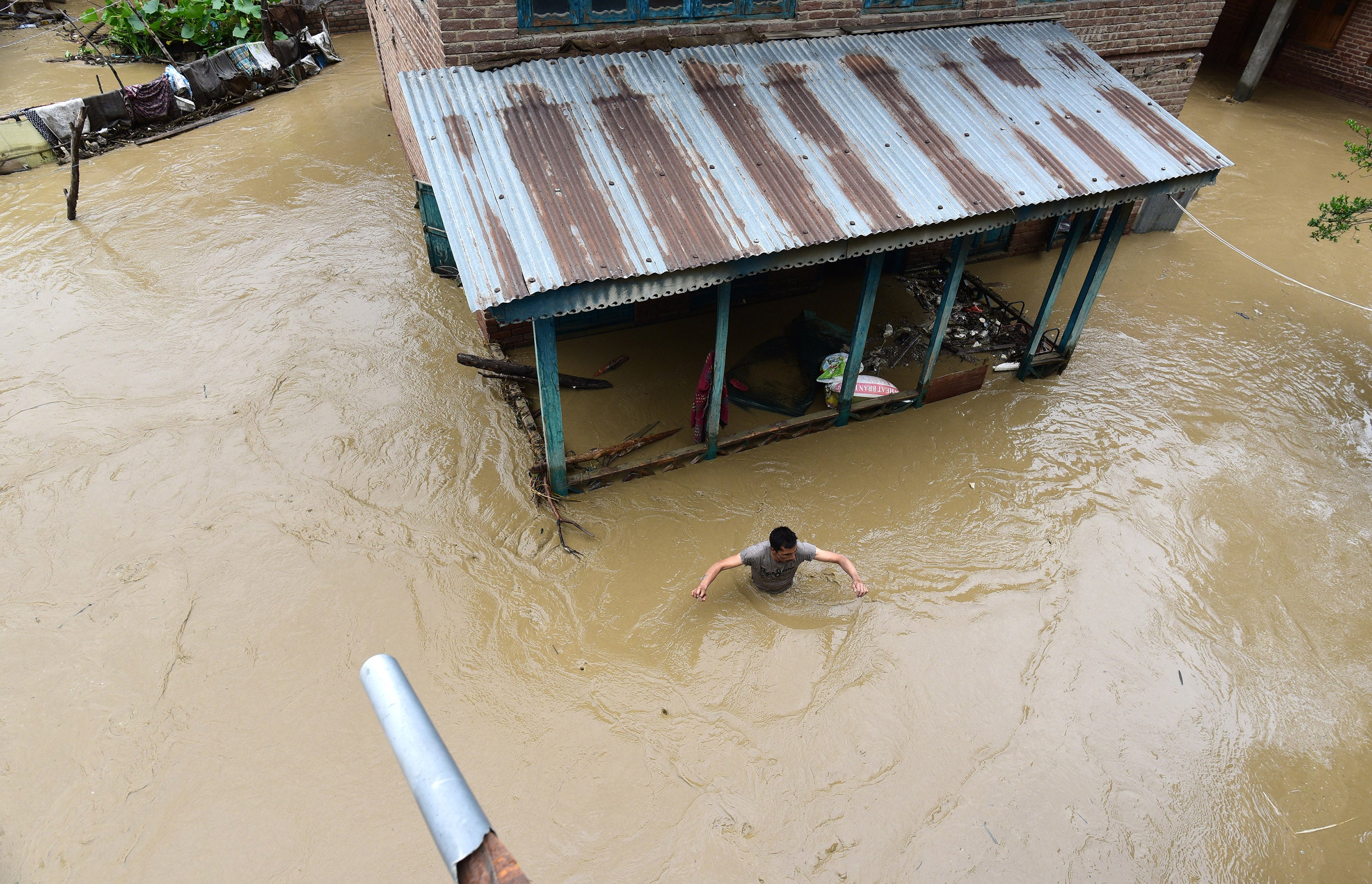 CLIMATEWIRE | Flood risk around the world is rising as the planet warms, and millions of people living in poverty are in danger because of it.

A study published yesterday in the journal Nature Communications found that at least 170 million people worldwide face both extreme flood risk and extreme poverty. By the World Bank’s definition, that’s people living on less than $1.90 a day.

The researchers started with the concept of the “100-year flood” — that’s an event with a 1 percent chance of happening in any given year. By definition, these events are uncommon. But depending on where and how they occur, a 100-year flood might be more severe in some places than in others.

For instance, even a minor deluge might be a relatively rare event in the middle of the Mojave Desert. But a city like Miami, which floods frequently, would have a much higher threshold for an event that constitutes a 100-year flood.

The researchers decided to map out places around the world where a 100-year flood would produce at least a half a foot of water — an extreme inundation, capable of causing serious damage. They accounted for floods of all major types, including coastal flooding, river flooding and floods caused by extreme rainfall.

Altogether, they found that around 1.81 billion people worldwide live in places exposed to extreme flood risks — about a quarter of the planet’s population. Around 88 percent live in sub-Saharan Africa and South Asia.

Next, the researchers mapped out communities living in poverty around the globe, using data from the World Bank. They found that millions of people live with both high flood risk and severe poverty.

The study provides a different way of looking at the risks associated with extreme floods, the authors note. Middle- and high-income countries are likely to have greater monetary risks associated with floods, looking simply at the sheer value of assets and economic activity threatened by rising waters.

The study estimates that about $9.8 trillion of economic activity is located in areas exposed to the potential for severe 100-year floods. Yet 84 percent of these areas are found in high- and upper-middle-income countries.

But lower-income communities, with fewer resources available for adaptation and recovery, are likely to face greater, longer-lasting damage from severe floods.

If policymakers focus their attention solely on places with high-risk assets, the study authors warn, “they risk overlooking areas with high socioeconomic vulnerability, where flood risk mitigation measures are most urgently needed to protect lives and livelihoods.”

And these risks are likely to worsen in the coming decades. Numerous studies suggest that regions around the world face increasing flood risks as the climate continues to warm.

That means the threshold for a so-called 100-year event will grow more severe as floods become more frequent and more extreme over time. And what constitutes a 100-year event today may become a far more common occurrence in the future. The half-foot of water faced by the areas included in the new study, for instance, may be a relatively rare event today — but may eventually happen much more often.

The new study “suggests that the number of people living with the dual challenges of flood risk and poverty is substantially higher than previously thought,” said Thomas McDermott, a climate economist at the National University of Ireland Galway, in a comment on the research also published yesterday.

He added that adapting to rising flood risk — by building flood walls and other infrastructure or moving to less risky areas — is costly and difficult, particularly for communities with fewer resources.

“The findings presented in [the new study] highlight that those most exposed to climate risk — in this case in the form of flood risk — are precisely those who may have the least capacity to adapt or move,” he said.

A Bioengineered Cornea Shows It Can Improve People’s Sight

Solomon: Poem: ‘My Father Flies into a Hurricane’