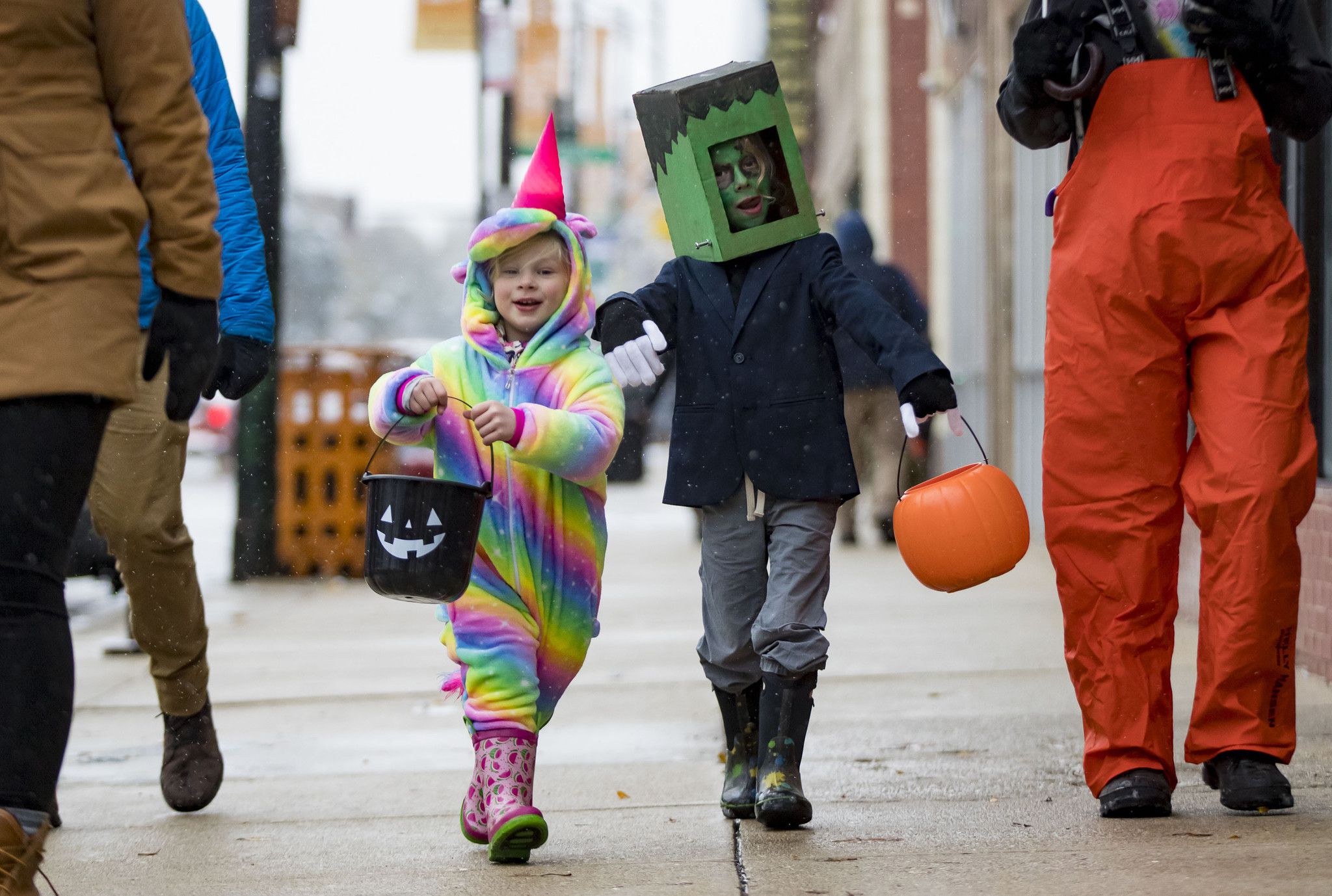 The Halloween weekend’s weather forecast is anything but scary. As Chicagoans toss on costumes and head out to trick-or-treat, they can expect cool, clear conditions, the National Weather Service says.

Lingering Saturday morning fog should burn off before noon, making way for a clear, sunny day with temperatures in the mid-to-lower 60s.

Unfortunately for local witches and werewolves, a full moon will not loom over Chicago this weekend. Instead, a waxing crescent moon will light night skies.

Those skies should be clear, however. While scattered showers are expected south of I-55 Sunday evening, the rain should move out of the city in time for Monday’s trick-or-treating, Leatherwood said. You won’t need an umbrella on Halloween, unless you’re dressing up Chicago-style as the Morton Salt girl.

Once any lingering AM fog dissipates, today looks like another pleasant fall day. While not a wash out, scattered showers are possible Sunday PM, possibly lingering into Monday mainly east of I-57. Dry conditions are forecast Halloween evening with temps in the 50s. #ILwx #INwx pic.twitter.com/wnrhgJsb9Q

“Maybe cloudy, but should be dry, and temperatures once again should be fairly nice,” said the meteorologist, who plans to dress up as a Viking and pass out Reese’s Peanut Butter Cups.

People out Monday evening can expect temperatures in the upper 50s, he added.

“Considering we’re reaching the end of October and the beginning of November, that’s pretty nice actually,” he said.

[ Everything you need to celebrate Halloween Chicago-style ]

For those celebrating the haunted holiday, there will be no shortage of pubs, parties and possible trick-or-treating spots to choose from.

Dozens of bars and restaurants have Halloween events, including serving up cauldron batch cocktails and a “Stranger Things”-themed party. Kid-friendly festivities and safe trick-or-treating options abound in the suburbs.

Haunted houses are prepped and ready to terrify those brave enough to enter. You can move your bones at a concert or a “Rocky Horror Picture Show” screening. And vintage Chicago Tribune Halloween recipes offer at-home treats.

[ 10 things to do in Chicago this week: The Halloween parade, Kevin Nealon and Panic! at the Disco ]

The warmer-than-normal temperatures should remain into next week, with temperatures possibly even rising into the upper 60s. Rain seems unlikely to return until Thursday evening, Leatherwood said.