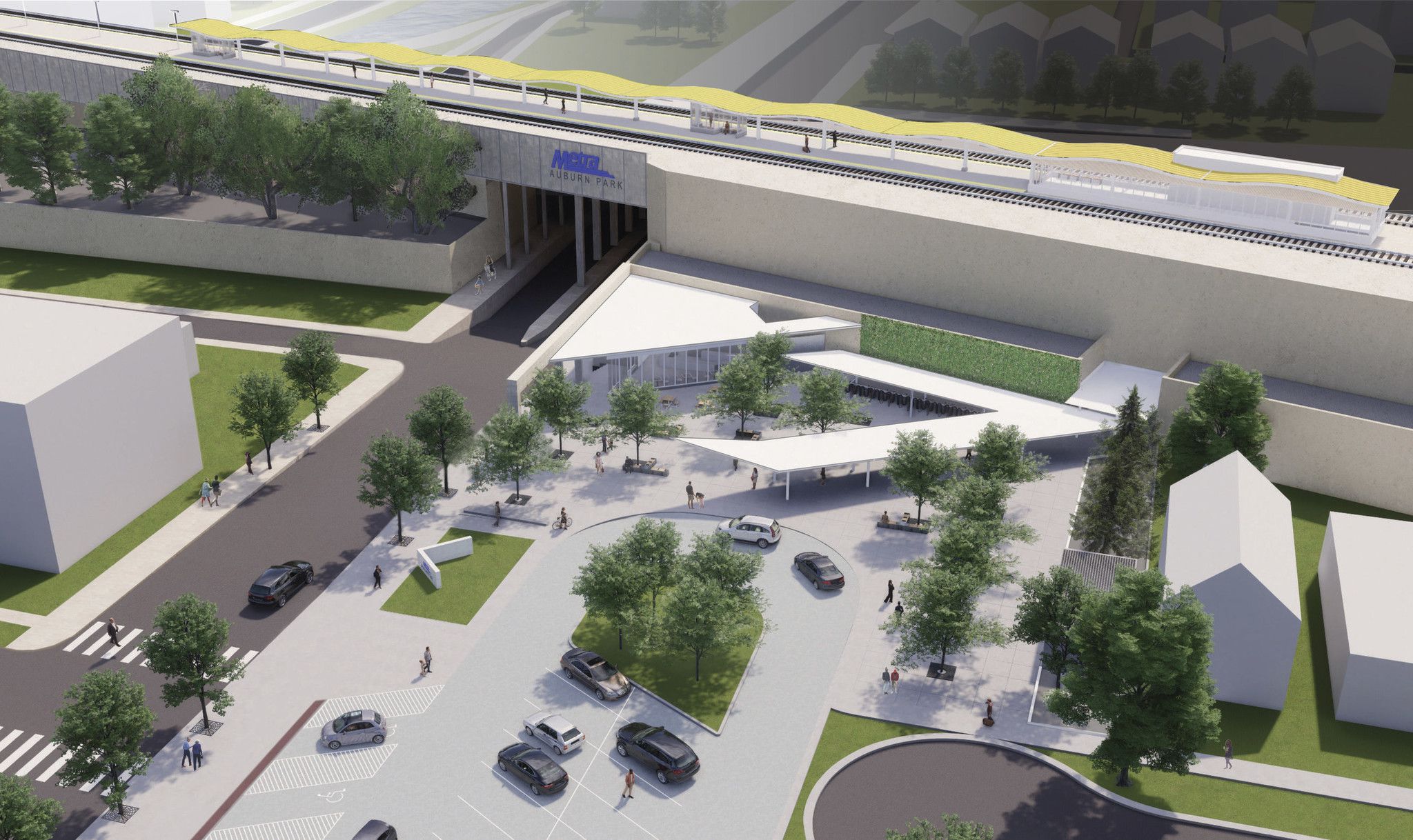 Construction has begun on a new Metra station in Chicago’s Auburn Gresham community, a project years in the making that officials said has the potential to boost investment in the area and improve transportation connections for residents.

“It holds the promise of economic renaissance for this hard-hit area, and a literal, as well as a powerful symbolic connection between this proud recovering community and the rest of the great city of Chicago,” state Sen. Jacqueline Collins, a Chicago Democrat who is running for Congress, said at a ceremonial groundbreaking Wednesday. “This station is also a crucial step in the direction of equalizing infrastructure investment across all our communities.”

The new Auburn Park station will be near 79th Street on Metra’s Rock Island line that runs between downtown Chicago and Joliet. It will fill a gap along the line between existing stations at 87th Street in the Gresham neighborhood and 35th Street in Bronzeville.

The station has been in the works for years. It was originally to be funded with Metra’s share of money from two state bond programs dating back to 2009, but the money was held up during state budget issues and ultimately cut in 2017, Metra has previously said.

State funding was later restored, and the project now will be funded mostly by the state, with Metra contributing some money, spokesman Michael Gillis said.

The project is expected to cost a total of about $35 million, including a $28.2 million construction contract awarded to John Burns Construction of Orland Park, and will take about 2 ½ years to complete, Metra said.

After the station is built, the nearby Metra bridge over freight train tracks will be raised between a foot and 1 ½ feet to allow more clearance for freight traffic. The Metra tracks will remain at the same height, meaning there will be less distance between the bottom of the bridge and the tracks, Gillis said.

The new station is along one of the lines participating in Cook County’s Fair Transit South Cook pilot program, which in January 2021 slashed fares on the Metra Electric and Rock Island lines and boosted service on the Pace 352-Halsted bus route in an effort to galvanize public transit on the South Side and in the south suburbs.

Before the pandemic, Metra estimated 400 weekday passengers could use the station. The agency did not have updated numbers taking into account the pandemic or the fare pilot program.

The Auburn Park station will be fully compliant with the Americans with Disabilities Act, and include a vendor building with glass storefronts. A staircase and two elevators will run between street level and the 480-foot platform, which is set to have a canopy and two shelters.

Nearby roads will undergo work to allow vehicles to access the station, and an 84-space parking lot will include a drop-off area, covered bike parking and landscaping.

A plaza will include bike racks, benches, trees and a canopy, and a living green wall is set to be created along an existing retaining wall, according to Metra. The platforms will be cleared by a snow melt system expected to eliminate the need for de-icing chemicals, Metra said.

“Auburn Gresham is on the move,” said Carlos Nelson, CEO of the Greater Auburn Gresham Development Corporation, as he thanked a series of residents who live near the planned station for their work. “Get on board, right here at the Auburn Park station.”