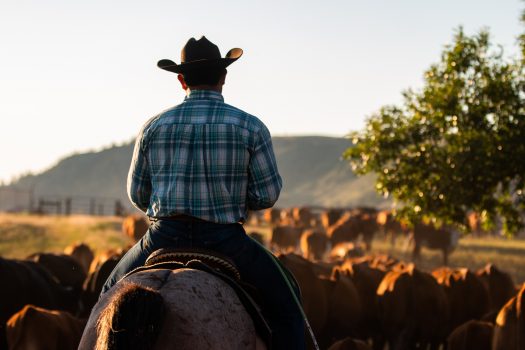 In this weekly segment, ExchangeWire sums up key industry updates in media, marketing, and commerce from around the globe. In this edition: European lawmakers propose the Digital Markets Act to tackle antitrust behaviour in Big Tech; Russia’s search engine, Yandex, has sparked security concerns over harvesting users’ data; US representatives propose a new bill to create a digital dollar; and, Meta have hired digital consulting firm Targeted Victory to “orchestrate a nationwide campaign” against TikTok.

Lawmakers in Europe have finalised proposed rules under the Digital Markets Act, mandating that tech giants must open their services and platforms to other businesses. The act marks the EU’s most significant regulatory move against antitrust behaviour from Big Tech companies, who have long been accused of using their dominance in the market to block competitors.

Heavy-hitters affected by the proposed Digital Markets Act include Google, who will be asked to provide an alternative to its own search engine, Maps, and Chrome browser to its Android operating system. Apple will be similarly affected, by being forced to enable third-party payment options on its App Store as an alternative to its own payment system, in addition to allowing iPhone users to uninstall company-imposed apps and the default web browser, Safari.

Commenting on the proposed regulation, Apple said it was “concerned that some provisions of the DMA will create unnecessary privacy and security vulnerabilities for our users”.

The introduction of the Digital Markets Act comes as the EU and US announce they have agreed “in principle” to a new cross-border data transfer framework. The new framework is set to replace the Privacy Shield, which enabled companies to transfer user data between the EU and US, and was ruled as void by a European court in July 2020.

Speaking on 25th March, US president, Joe Biden, stated “This framework underscores our shared commitment to privacy, to data protection, and to the rule of law.” 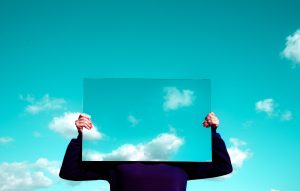 The largest internet company in Russia, Yandex, has harvested information from millions of people by embedding code into mobile apps before transferring the data to servers in Russia, raising significant security concerns.

The discovery of the extent of Yandex’s data collection and sharing was made by researcher Zach Edwards, who had been conducting an app auditing campaign for non-profit Me2B Alliance. Yandex has confirmed that its software collects information concerning citizens’ “device, network and IP address” and stores this data “both in Finland and in Russia”, although the tech giant insisted that the data collected is “non-personalised and very limited”, adding “Although theoretically possible, in practice it is extremely hard to identify users based solely on such information collected. Yandex definitely cannot do this.”

Regardless, researchers have raised concerns that the Kremlin may be able to access the data collected by Yandex and use it to track people via their mobile devices.

Often referred to as “Russia’s Google”, Yandex was founded in 2007, and the search engine has long-attempted to operate independently of president Vladimir Putin’s desire for tighter control over the country’s internet. The company claims it follows a strict internal process when dealing with national and international governments, and that “Any requests that fail to comply with all relevant procedural and legal requirements are turned down.”

According to the Financial Times, however, various experts in the tech industry are concerned that the data collected could be used to identify users and be accessed by the Russian government, despite Yandex’s assertions. 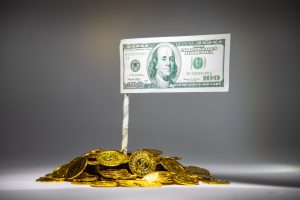 On Monday (28th March), four US lawmakers proposed the Electronic Currency and Secure Hardware Act (ECASH Act), a new bill that would allow the Treasury Department to make and issue an electronic dollar.

The ECASH Act was proposed by Democratic party representatives Jesús Chuy Garcia (Illinois), Stephen Lynch (Massachusetts), Ayanna Pressley (Massachusetts) and Rashida Tlaib (Michigan), and would allow the creation of a digital dollar that maintains privacy and anonymous transactions. The proposed digital dollar would operate identically to a physical dollar and be stored on a users’ card or phone. The dollar would also be token-based, instead of account-based, meaning that the funds would be lost should a user lose their phone or card.

Under the proposed ECASH Act, digital dollars would function independently from blockchain technologies, unlike existing cryptocurrencies, and would be available to people who are unable to open traditional bank accounts, such as people who cannot meet the minimum balance.

Speaking to Coindesk, Rohan Grey, an assistant professor at Willamette University who consulted on the proposed bill, explained, “We’re proposing to have a genuine cash-like bearer instrument, a token-based system that doesn’t have either a centralised ledger or distributed ledger because it had no ledger whatsoever. It uses secured hardware software and it’s issued by the Treasury.”

Meta hire an agency to “orchestrate a nationwide campaign” against TikTok 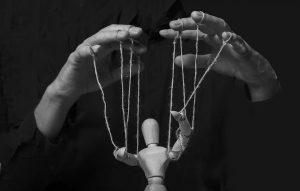 The Post reported that they have obtained internal emails from the agency detailing a campaign to threaten the ByteDance-owned video platform. The campaign includes placing op-eds and letters to editors in major news outlets to help crush their competitor.

According to the report, Targeted Victory are known for manipulating “public opinion against TikTok” by planting local news stories.

Meta have confirmed the accusations, with spokesperson Andy Stone commenting, “we believe all platforms, including TikTok, should face a level of scrutiny consistent with their growing success”.

Facebook were previously caught hiring public relations firm Burson-Marsteller back in 2011 in attempts to expose ruthless stories about Google’s privacy policies. The prominent PR firm told the Guardian that the deal was “not at all standard operating procedure” and was against company policies.

Meta have made a number of attempts to keep up with TikTok’s growing platform, including joining the platform themselves, as well as launching a TikTok-esque short-video feature, Facebook Reels, back in February. Within the announcement, Meta revealed that creators could be eligible for up to USD$35,000 (~£26,663) a month based on the views of their reels under the Reels Play bonus programme. This feature, however, already exists within the TikTok community, through a service called the TikTok Creator Fund.

Also in the news:

– Customisable AI in the Changing Landscape: Q&A with Scibids

– The Programmatic Trader Role Should Be Made Redundant; Time to Embrace Automation

Rocky Lombardi starting fresh at NIU, already providing a boost to the Huskies

Six dead, 24 wounded in mass shooting at Highland Park, Illinois during Fourth of…