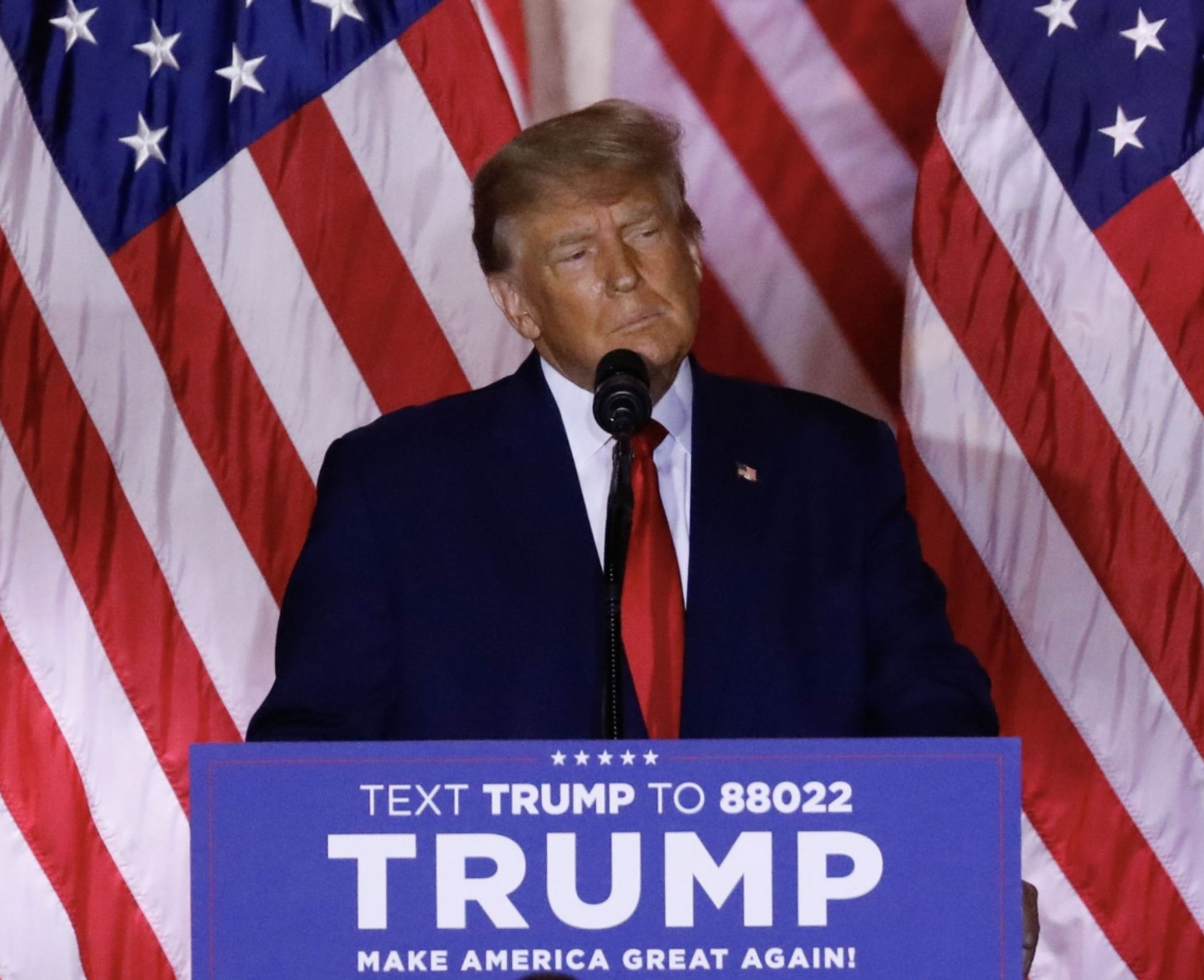 Like it or not, the Illinois GOP is now grappling with Candidate Trump, by Greg Hinz

Can’t he just go away?

That’s pretty much the gist of what Illinois Republicans—both moderates but a fair number of conservatives, too—are saying about the prospect of Donald Trump returning to the campaign trail in search of the GOP’s 2024 presidential nomination.

Some, though, see a potential silver lining in the Trump cloud: the possibility that Florida Gov. Ron DeSantis or someone else will kayo Trump in upcoming primaries, finally paring way back his remaining influence on a big part of the GOP base.

One leader who’s departed the Trump orbit is former Bolingbrook Mayor Roger Claar, a member of the state’s GOP central committee and a major Trump backer against Joe Biden four years ago.

“I certainly believe in some of the things he did as president, but I don’t particularly like what he’s said afterwards . . . or what happened last Tuesday,” when Trump-backed candidates such as Pennsylvania Senate hopeful Dr. Mehmet Oz or Arizona gubernatorial candidate Kari Lake got beat, Claar told me in a phone interview. “His endorsement certainly got in the way” of GOP victories.

Jeanne Ives, a strong social and economic conservative who almost unseated then-Gov. Bruce Rauner in the 2018 GOP primary, welcomed the idea of a competitive GOP presidential primary. “I think it’s a great idea for Republicans across the country to have a debate over where the party should go,” she said.

But, Ives continued, Trump overall is  “a mixed bag.” Asked if his running would help the party, she replied: “Not in Illinois.”

Other officials more to the GOP center were harsher in their comments.

“Trump lost the last two elections in this state by (roughly) a million votes each,” said former state GOP Chair Pat Brady. “If people don’t wake up and see that Trump is slowly killing the party, they didn’t watch what happened on Tuesday.”

“There should be a quick repudiation of Trump by every Republican leader in the country,” said outgoing Illinois House GOP Leader Jim Durkin. “He’s a narcissist on steroids.”

State GOP Chairman Don Tracy, who rarely courts internal Republican dissent, insisted in a statement that he’s neutral for now, but seemed to welcome DeSantis or others to the race.

“President Trump’s policies led to a booming economy and respect abroad. We appreciate his service to the country,” Tracy said. “The field will undoubtedly evolve over the coming months and we look forward to an open, engaging, and respectful competition.”

But the most interesting comment may have come from outgoing DuPage County Board Chairman Dan Cronin, the former head of the county’s Republican organization.

What might be best for the party is for Trump to run—and lose to another Republican, Cronin said. “That may be exactly what the doctor ordered. We as a party have to somehow get past Trump.” 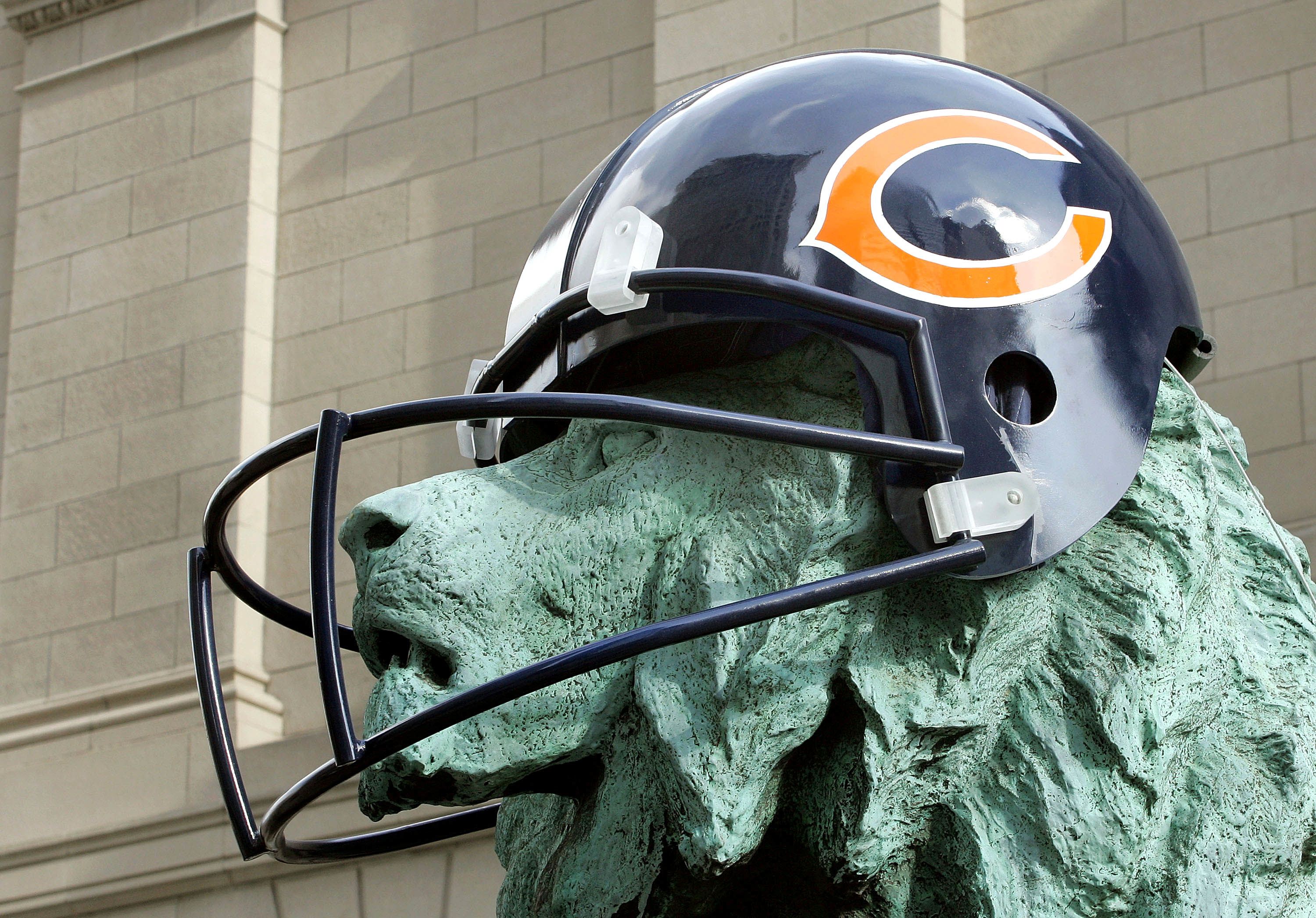 The head of the Chicago Park District says her agency is focused now on making life easy for the Chicago Bears while the team continues its deliberations over whether to move to Arlington Heights.

“Our desire is that the Bears always will call Chicago home,” Parks CEO Rosa Escareño said in a phone interview. “We’re in regular conversations with them.”

But Escareño confirmed that those conversations are about day-to-day matters at Soldier Field while the football season continues. Any conversation about an offer from Mayor Lori Lightfoot to rebuild the stadium if the Bears re-up is being done by the city, not her, she said.

On another matter, Escareño said the district is counting on only $600,000 from NASCAR for the use of much of Grant Park next summer for its planned race here, not much above the upfront payment NASCAR has promised to make.

Escareño noted that the two-day event will be in its first year, and described the $600K figures as a conservative “floor” not a “ceiling.” 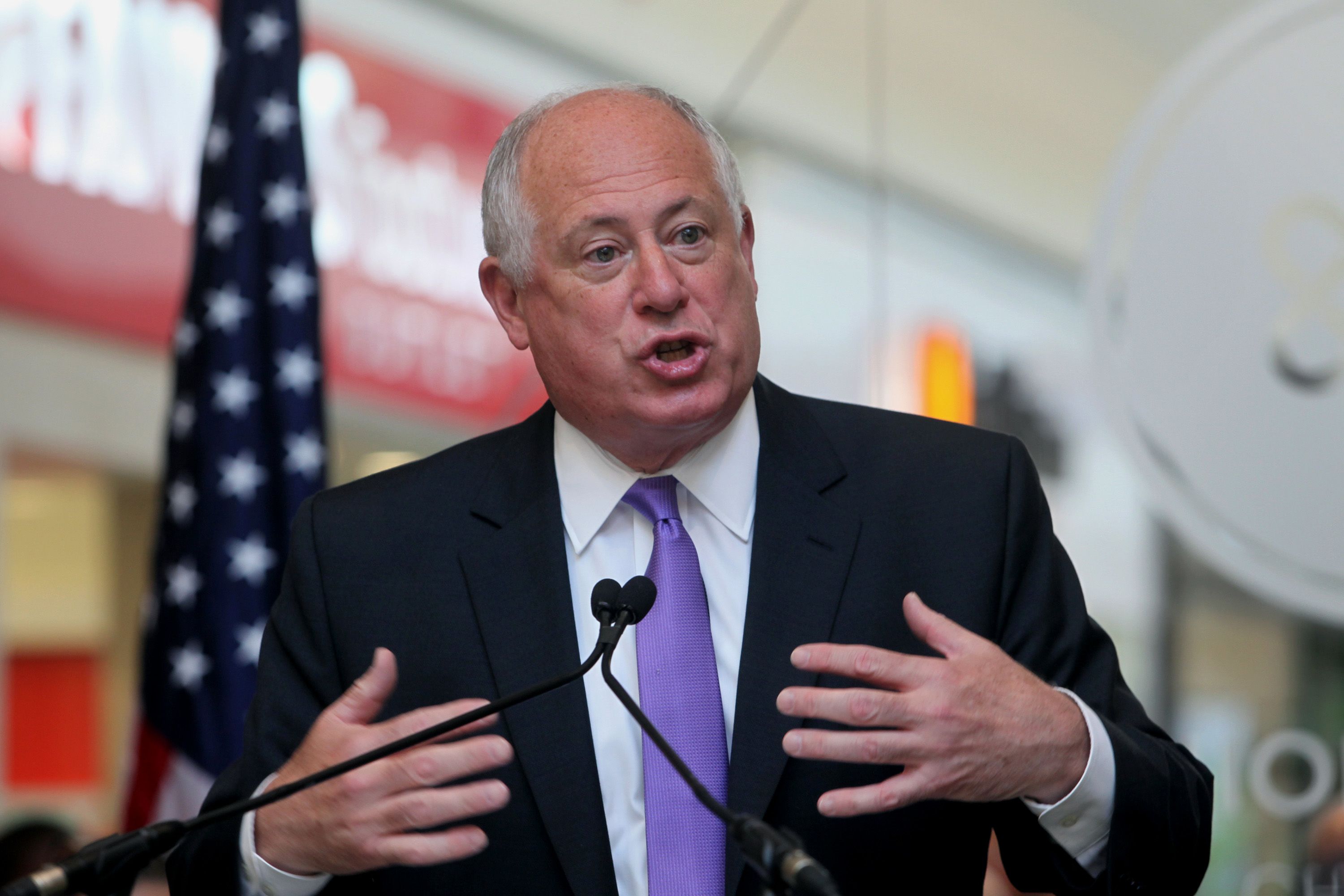 Will he or won’t he? The Pat Quinn edition, by Justin Laurence

The crowded field jockeying for the Fifth Floor is almost settled, but former Gov. Pat Quinn is still weighing his options and is expected to announce whether he is running for Chicago mayor this week in the Loop.

Quinn told Crain’s he’ll make a high-profile announcement tomorrow, but added, “You’ll have to wait until Thursday to find out what I’m up to.” Despite not officially campaigning for the job, the former governor has been circulating petitions in an effort to get on the ballot for months.

Nov. 28 is the last day to file the 12,500 valid signatures required to gain a spot on the Feb. 28 municipal ballot, making it unlikely anyone beyond Quinn will launch a last-minute campaign for the office.

Quinn says he “wanted to wait to see who the field is” before making his decision and that U.S. Rep. Jesus “Chuy” Garcia’s entry to the race last week provided “a little more definition” to the campaign.

“I’ve tried to meet with everybody who’s running for mayor. I tried to see the good in everybody. But, you know, I have certain issues that I feel strongly about and want to make sure those are paid attention to,” he said.

Even without a campaign, Quinn has inserted himself into the mayoral discussion this year, pushing nonbinding ballot referendum campaigns to prevent the city selling off naming rights to Soldier Field in an effort to keep the Chicago Bears in the city and implementing a two term limit on future mayors.

Lightfoot gave Quinn a shout-out on Tuesday at an event highlighting the third anniversary of her Invest South/West initiative, but Quinn said not to read into the moment, saying he was there as an invited guest because he’s a longtime resident of the West Side.

For her part, Lightfoot isn’t waiting until the field is settled to launch her first digital political ad—debuting the first of three ads featuring the odd pairing of two Chicago “experts,” Felix and Oscar, debating Lightfoot’s accomplishments during her first term.

In the ad, Lightfoot takes credit for Google’s decision to purchase the Thompson Center and bring thousands of new jobs to Chicago—a deal that came about when the tech-giant surprised insiders by inserting itself into developer Michael Reschke’s plan to buy the aging building from the state of Illinois. 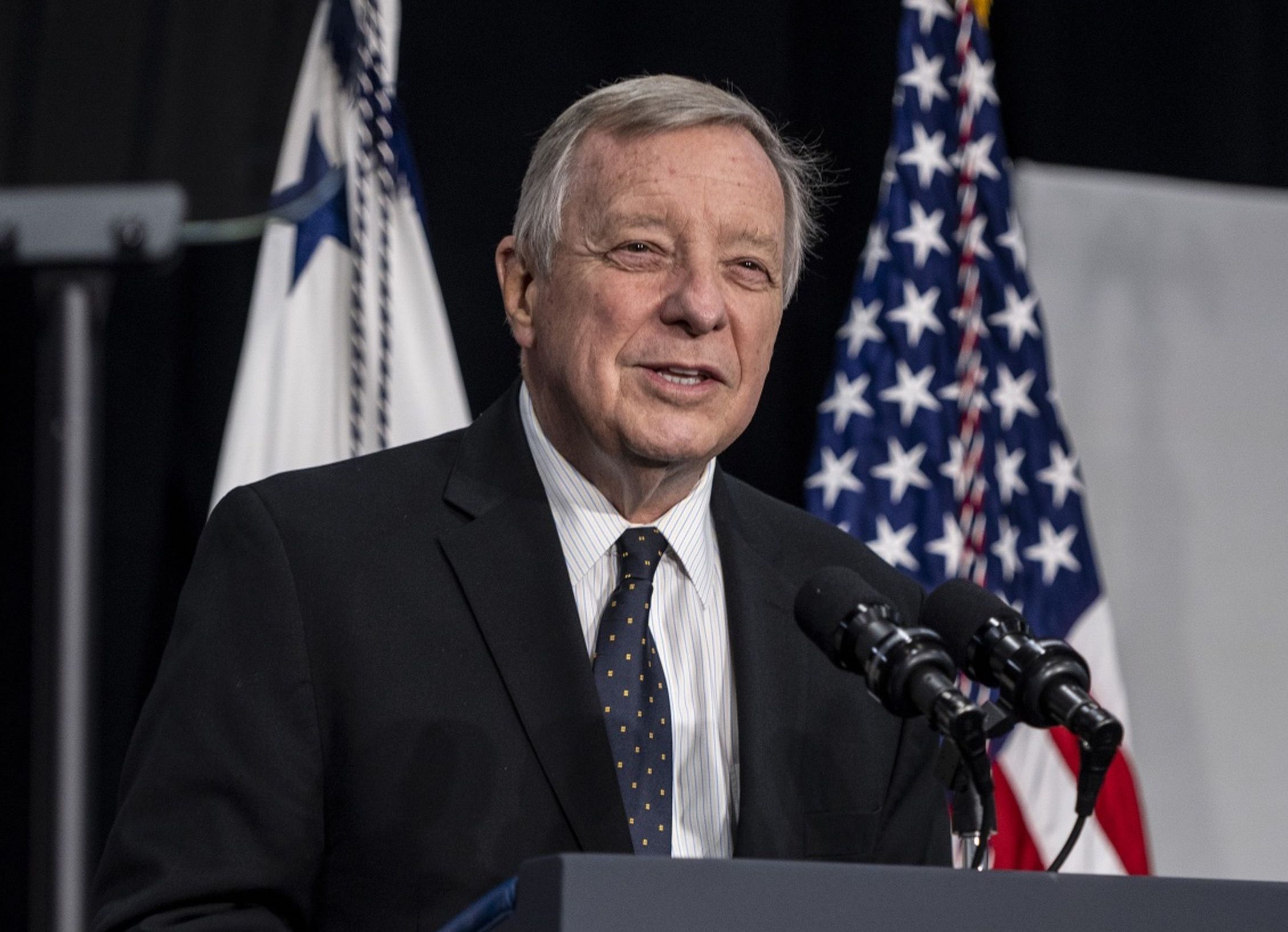 With the control of the upper chamber of Congress by Democrats now settled for the next legislative session, U.S. Sen. Dick Durbin, D-Ill., on Tuesday led the Senate Judiciary Committee back to work on confirming President Joe Biden’s judicial nominees during this lame-duck period.

There is little uncertainty that Durbin will remain as chairman of the Judiciary Committee, but one other unresolved matter is whether membership in all Senate committees will remain evenly split, because of the 50-50 party divide in the Senate, or whether Democrats will get to have committee majorities if incumbent Democratic Sen. Raphael Warnock of Georgia wins his Dec. 6 runoff against Republican challenger Herschel Walker.

Durbin, the Senate majority whip, outlined some broader legislative goals on the Senate floor Monday, both for the lame duck period and the next Congress, but he also said he had reached out to two Republicans on the Judiciary Committee, “asking them to think about whether we can achieve anything in the next three or four weeks. I am hoping that we can. . . .We can’t get anything done unless we work together. I think that is what the American people are begging us to do now.”

The mall where Black Friday refuses to die