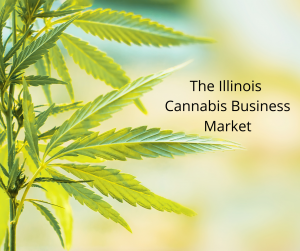 Licenses for a legal cannabis business have been a hot topic lately, and now the the Illinois Supreme Court has made its first ruling related to the byzantine process of obtaining a license for a legalized cannabis business in the state, and it seems likely to be the first of many.

The legislative effort to limit the number of licenses the state issues drives up the value of said licenses to the point where it almost seems to bait those who don’t win the competitions to get one, and who sometimes end up angry and confused as to why.

In the case of Medponics Illinois v. Department of Agriculture, the plaintiff company had sought but did not receive one of the first wave of licenses. Medponics filed a petition attempting to deny the winning entry, Curative Health Corporation, the special-use zoning approval the Aurora City Council had granted it to site a cultivation center in a residentially zoned area, arguing that the city’s ordinances prohibited the variance.

Curative won at the trial court level, but the Second District Illinois Appellate Court reversed. The Supreme Court reversed again, allowing the variance to stand. The legalese specifics of the case had nothing to do with the fact that the two businesses in question are engaged in marijuana cultivation—yet the case had much to do with how the legislation sets the table.

The costs of entering the Illinois cannabis market are quite high, it’s a brutal competition to get in, and those who get in early reap the most benefits. Other states that have tried to find a similar balance of seeding entrepreneurs, regulate a product regarded as a street drug not along ago, bring in new monies to state and local coffers, and build in some equity to the process have faced similar issues, leading to facility opening delays.

The state-mandated license limits that artificially swell the value of the licenses, designed to chase away the street market, have not achieved their intended objective. Instead the legislation has left those with pending applications, who end up being among the chosen, vulnerable to future lawsuits from those who don’t make the cut.

Regulatory agencies are working through the thicket of the current process, while the legislature attempts to address how to more broadly diversify the industry.  In the meantime, licensed cannabis shops have done well since they opened 1½ years ago, but so have those still dealing on the corner.

How To Set Up An LLC In Illinois – Forbes Advisor