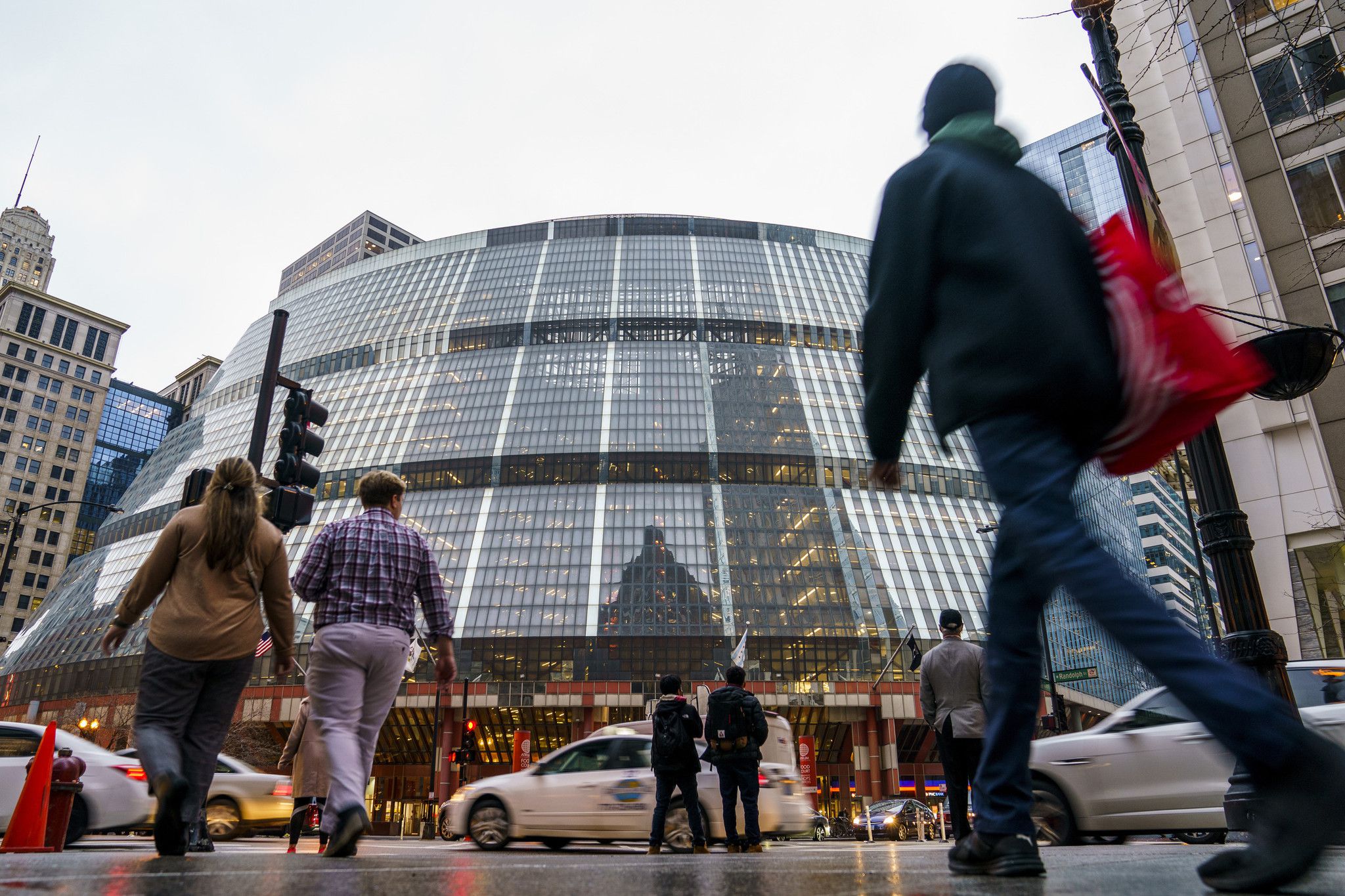 Google is reportedly negotiating to purchase the state-owned James R. Thompson Center downtown. If true, such a deal could spark a turnaround for the struggling LaSalle Street corridor, where many longtime businesses have recently departed, leaving behind huge vacancies.

The state talked for years about selling the 1.2-million-square-foot office center and seemed to reach that goal when Chicago developer Michael Reschke agreed to buy it in March for $70 million. Reschke said he planned to spend nearly $300 million to renovate the Helmut Jahn-designed center, best known for its futuristic exterior and vast atrium, possibly into a luxury hotel, and add modern office and retail space.

But Google entered the picture with its own offer to buy the Thompson Center, according to a report in CoStar News, although how much the company would pay and how it would impact Reschke’s plan is not clear. Reschke dismissed the report.

“Like everyone else, we don’t comment on false rumors,” he said. “I know of no discussions, and I’m not trying to be cute with my words. The transaction we have with the state is unchanged, and we’re moving forward to buy the building in the next 30 days.”

Pritzker’s office said thestate can’t disclose details about ongoing contract negotiations, but added that the “closing on [Reschke’s deal] remains on schedule and is set for the summer of 2022.”

But the governor’s $70 million sale to Reschke’s JRTC Holdings does call for the state to buy back about one-third of the building for $146 million after renovation, a net cost of $76 million.

That’s a great deal for taxpayers, the governor’s office said in March. The state would gain refurbished office space and either avoid paying $325 million for urgently needed upgrades to the 17-story glass-and-steel building at 100 W. Randolph St., including $60 to $80 million for new heating and air conditioning, or shelling out millions more for new downtown offices.

The state’s purchase of a portion of the revived Thompson Center opens the possibility it could cut a deal with the tech giant separate from its deal with Reschke. Landing Google would also send an important signal about the future health of the Central Loop.

The Mountain View, California-based firm helped transform Fulton Market from an industrial meatpacking district into a neighborhood of skyscrapers by establishing in 2015 its Midwest headquarters at 1KFulton, a 10-story former cold storage building, and later renting more space at nearby 210 N. Carpenter St.

Filling Chicago’s downtown core with even more Google workers could spark a similar revival. The historic LaSalle Street corridor fell on hard times even before the pandemic when several major financial firms signed deals for offices in gleaming new buildings rising along the Chicago River or in Fulton Market. BMO Financial will soon leave its offices in both 115 South LaSalle St. and 111 W. Monroe St. in favor of the new BMO Tower at 320 South Canal St., and Bank of America last year left 135 S. LaSalle St. for the 57-story Bank of America Tower at 110 N. Wacker Dr.

The Central Loop’s vacancy rate hit 22.3% in the first quarter, a new record and up from 16.6% a year earlier, according to commercial real estate firm Colliers International.

Google is seeking to expand further, according to Paul Giannopulos, senior managing director of Chicago-based JLL, and still likely to sign a lease for about 200,000 square feet at developer Trammell Crow’s new life sciences building at 400 N. Aberdeen St. in Fulton Market

But like Pritzker’s office, Google isn’t sharing much information about possible further steps in the downtown office market.

“Chicago continues to be an important and growing hub for Google here in the Midwest,” according to a company spokesperson. “What started as a two-person outpost in River North has expanded to a two-building campus that’s home to nearly 2,000 employees in Fulton Market. As Google grows in Chicago, we’ll continue to explore opportunities to ensure our physical space meets the needs of local Googlers.”

Reschke is a big believer in LaSalle Street. Aside from his plans for the Thompson Center, he runs the Residence Inn Chicago Downtown/Loop, a luxury hotel at 11 South LaSalle St. He is also in talks to buy both 115 South LaSalle St. and 111 W. Monroe St., according to CoStar News.

He would also roll out the welcome mat for Google at the Thompson Center.

“If Google is looking for office space downtown, we think we have a beautiful building in a great location and we’d love to talk to them,” he said.