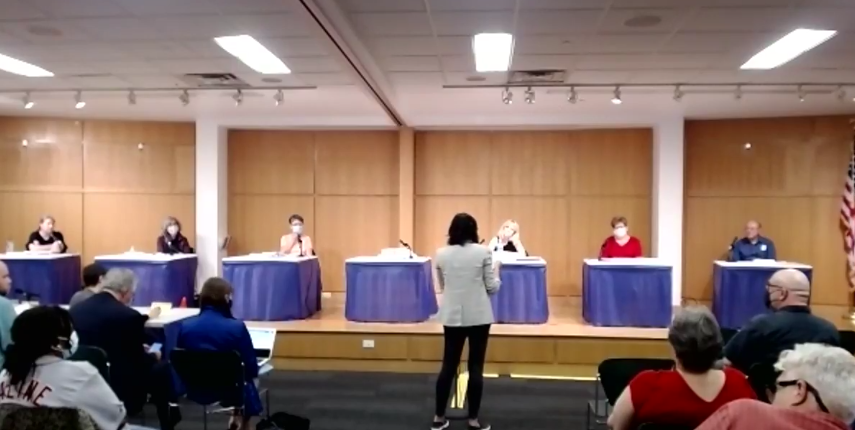 Actions and inactions of Niles-Maine District Library officials, including the library’s elected board of trustees, have drawn the attention of both the Illinois Attorney General’s Public Access Bureau and the Illinois secretary of state, who serves as the state’s chief librarian.

The library returned more than 743 pages of documents in December in response to an order for public documents by the Journal & Topics under the Freedom of Information Act (FOIA). The documents were in regard to 17 allegations and determinations of possible violations of the Illinois Open Meetings Act and Freedom of Information Act, between the public access bureau and library officials. The documents include internal communications about those allegations and complaints.

After investigations, the public access bureau found several instances in which library trustees violated the Illinois Open Meetings Act, but did not detail any penalties resulting from those violation determinations.

Allegations range from members of the public not being allowed to speak freely during the public comment portion of library board meetings, to discussions in closed session straying into subjects that may only be discussed in open session, to library trustees using personal email accounts to conduct library business and not disclosing those communications in response to FOIA document orders, to meeting minutes not being approved in a timely manner.

Documents released to the Journal from the FOIA document order on Dec. 10 and Dec. 29 include complaints, and responses to those complaints, from both the library’s attorneys and attorneys with the public access bureau, along with communications between library administrators, attorneys, and trustees.

In one complaint, library Trustee Patti Rozanski alleged there were two instances where discussions in a closed session meeting strayed into subjects that must be discussed in an open meeting — subjects not among the Open Meeting Act’s exemptions.

The public access bureau reviewed recordings of those closed meetings, found one of the two allegations made by Rozanski was founded, and said the library board did discuss items that should have been discussed only in an open meeting.

Before the start of public comment at every library board meeting, Drblik reads a statement saying outbursts and interruptions would not be tolerated, and which says, “All public comments shall be addressed to the board as a whole and no comments shall be addressed to individual members of the board library staff or other members of the public body.”

Critics of Drblik’s statement read at the start of each library board meeting say making such a statement is not in the library’s bylaws, but is rather a statement crafted by library attorneys.

“Ms. Toy specifically addressed the library president by name, rather than the board as a whole, and the whole point in doing so was to allege that President Drblik was incompetent. It is noted by the courts that denying a speaker at the podium at a public hearing the right to launch personal attacks does not interfere with what that speaker could say without employing such attacks.”

Library attorney Mallory Milluzzi said in a letter of response to the attorney general’s public access bureau on Toy’s allegation: “Library has public comment rules that prohibit abusive and profane comments, personal attacks and requires all speakers to address the board as (a) whole, rather than singling out specific individuals.”

Last week, Toy said she is working on these issues with Jason Han, executive director of the Citizen Advocacy Center. Han spoke at a recent library board meeting about the issue of public comment, saying although comments must be delivered to the entire board of trustees, the content of those comments, under the United States Constitution, allows residents to specifically address public officials in their comments.

Library attorneys went on to say the Open Meetings Act provides anyone “an opportunity to address public officials under the rules established and recorded by the public body,” in this case the library board. Library attorneys contended, “The attorney general’s review is limited to the statutory limitations of the Open Meetings Act,” and said, “It is not the role of the attorney general to engage in an extensive First Amendment analysis, which should be left for the courts.”

The public access bureau has not made a final determination on the public comment question, records released to the Journal under FOIA indicate.

The public access bureau found the library board violated the Open Meetings Act in other ways.

Library attorneys said the library was not in possession of those records, citing the court case of Madigan vs. the city of Champaign. Illinois Press Association attorney Don Craven said that case has to do with the ability for a public body to produce records it is not in possession of. Library attorneys claim there is a difference between employees of a public body and elected officials.

Sutherland said responses from several FOIA requests have been inconsistent on the question. He and the public access bureau have asked to have the library’s email search methodology reviewed.

In another complaint, library Trustee Becky Keane alleged a violation of the Open Meetings Act saying legally required recordings of meetings were kept at the home of library Trustee Suzanne Schoenfeldt, who serves as the board secretary, preventing other trustees from reviewing or listening to them. Keane said the issue was resolved when Schoenfeldt provided access to the recordings to other trustees.

The letter said failure to address the issues raised in the letter within 45 days would result in it being referred to the attorney general’s office.

Support local news by subscribing to the Journal & Topics in print or online.

State of Texas: Searching for solutions after Uvalde mass shooting

CUB RELEASES TIPS ON PREPARING YOUR HOME FOR OUTAGES