Lab-Made Motors Could Move and Glow in Cells 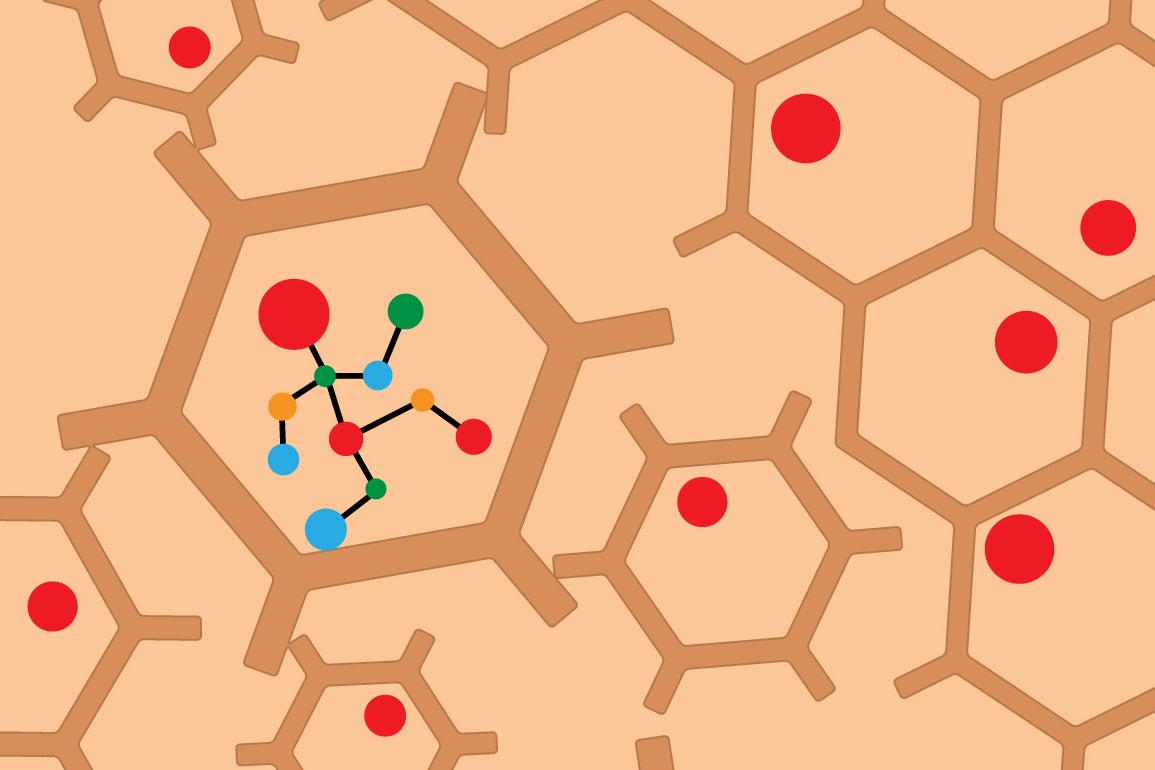 One of nature’s best strategies for movement at the cellular scale involves powerful molecular motors: complex molecules that transform chemical energy into mechanical energy to complete tasks such as transporting components within the cell, contracting muscle fibers and snipping apart strands of DNA.

Since 1999 chemists have been designing synthetic molecules that rotate 360 degrees in response to light or chemical stimuli. These single-function motors can generate forces on a surface, shuttle cargo to sensors and power nanoscale devices. But researchers cannot easily control or track them when they’re placed within opaque biological tissue.

A newly designed molecular motor tackles both these challenges by switching between rotation and fluorescence when hit by different light wavelengths, according to a study published in Science Advances. “Not many compounds show two different responses to light, and this is the very first motor to show this property,” says Maxim Pshenichnikov, a spectroscopist at the University of Groningen in the Netherlands and co-author of the new study.

Pshenichnikov and his colleagues, under the guidance of Groningen organic chemist and 2016 Nobel Prize winner Ben Feringa, created the double-function molecule by attaching a chemical called triphenylamine to a basic molecular motor. This let the motor respond to different light energies in different ways. Low-energy light gave the motor just enough power to rotate, whereas higher-energy light overexcited it, leading it to dispose of excess energy by emitting photons: it fluoresced. Additionally, unlike typical molecular motors driven by tissue-damaging ultraviolet light, this new compound responded to shades of infrared that can penetrate deeper under the skin without damage.

A motor like this one could aid applications that require precise pinpointing. For example, a fluorescent motor could interact with different cellular structures and light up for tracking while delivering and activating a drug. “How cool would it be if we could really follow the motor’s motion in cells and use it for mechanical interference, [drug] delivery and detection?” Feringa says.

Salma Kassem, a chemist at the City University of New York, who was not involved in the study, says the design is an important step toward light-driven pharmacology: “It’s challenging to combine self-reporting and functionality in one small molecule without the two properties interfering with each other. This work achieves role separation in a simple and elegant way.”

The researchers intend to apply the technology to a motor with a biological function, such as binding to certain cell receptors. Then, they will test its performance in live cells or tissues. Study lead author Lukas Pfeifer, an organic chemist at the Swiss Federal Institute of Technology in Lausanne, says that this technique’s success “gives me hope that we can easily transfer it to motors made with different chemical compounds.”

What Would Earth’s Temperature Be Like Without an Atmosphere?