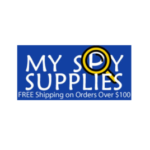 Pepper Shot 1.2% MC ½ oz pepper spray belt clip and quick release keychain. Pepper Shot Pepper Spray is made with 1.2% Major Capsaicinoids. The Major Capsaicinoids are the true heat measure and Pepper Shot 1.2% MC is more effective than of most other pepper sprays. In addition to causing an attacker pain, The Pepper Shot 8.5% oleoresin capsicum formula swells the mucous membranes, which makes breathing difficult, and swells the veins in the eyes, causing the eyes to close. Its made from 2,000,000 SHUs of raw pepper and these effects can last up to 45 minutes and cause no permanent damage.

This Ad has been viewed 0 times.

There are no comments yet.