NIU Today | How do you like ETRA’s Apples? iMacs find new home in Puerto Rico school


Laura Ruth Johnson knew that some of the Department of Educational Technology, Research and Assessment’s out-of-date computers were just sitting in storage rooms.

Johnson also knew where those 21 iMacs could return to life and to resume their mission of teaching and learning: Loiza, Puerto Rico.

So she took that idea to her department chair, Wei-Chen Hung, who hopped on board and began working through the process of decommissioning state ownership of those machines.

More than two years later, those Apples are back in use at the K-5 Escuela Elemental Jobos with open-source software – and NIU-created professional development is on its way for teachers.

“I’m really grateful to Wei,” says Johnson, an associate professor. “He said, ‘Put together a proposal.’ I put together a proposal, and we just kept going up the line: college, university, the State of Illinois. And then they were ours, and then it was just about getting them to Puerto Rico. I’m thankful that I have a very persistent chair who allowed that to happen.”

Her relationships and connections were already in place.

A longtime resident of and activist in the Puerto Rican community of Chicago’s Humboldt Park neighborhood, Johnson met Loiza Mayor Julia Nazario Fuentes, who regularly attends cultural festivals there as an invited guest of the Puerto Rican Cultural Center. 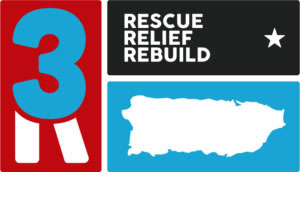 The relationship began as part of the Puerto Rican Agenda’s “3R’s for PR” initiative developed after Hurricane Maria to build supportive relationships with towns in Puerto Rico hard hit by the hurricane.

The town on the shores of the Atlantic Ocean is known for its joyous performances of “bomba y plena,” a cultural tradition that pairs African-style drumming with dancing, as well as for delicious food and handmade goods.

“Yet they have great needs there in the wake of Hurricane Maria,” Johnson says. “It’s not far from the San Juan airport, and along beautiful coastline, but it has some of the highest poverty rates. As is true across the island, the electricity doesn’t always work. Over the past decade, many of the schools were closed, leaving only a few elementary schools and one high school.”

Children and teachers there are fairly tech-savvy, Johnsons says, and the school has recently been equipped with some iPads with the potential to broaden their impact by connecting to the iMacs.

While waiting out COVID lockdowns, Johnson then partnered with HITN (Hispanic Information and Telecommunications Network) CEO Mike Nieves. “He offered to ship the computers, which was huge for us,” Johnson says. “I was going to do little fundraisers to cover shipping.”

HITN employees stationed in Loiza even lent their expertise to set up and image the computers once they arrived, she says.

Johnson, who recently visited Escuela Jobos for a close-up look at her project and participated in a news conference for local media, now is enlisting her NIU colleagues and experts at HITN in Instructional Technology to help.

“We didn’t want to just donate computers but wanted to provide ongoing professional support to make sure that the technology was being integrated into classroom instruction and supporting children’s learning and development,” she says.

Guiding these next steps is a needs assessment conducted with teachers as well as with the principal to identify needs and interests and help develop professional development, especially in the areas of reading and math, which the principal identified as key areas for student support.

“While I was there, I got to talk to teachers and observe the way the computers were being used and the other sorts of technology they have,” Johnson says.

“This summer, I’m working with faculty members from ETRA and staff from HITN to develop some professional development modules to be delivered synchronously at the beginning of the next school year on integration of technology into curriculum as well as project-based learning and inquiry-based learning so that they are using the computers and encouraging critical-thinking skills and different kinds of inquiry.”

Johnson is encouraged by the early results – and the response from Jobos students and faculty.

“We want to move away from a more didactic approach that’s teacher-led and just uses the computers to support teacher-led approaches and pedagogies toward really supporting more inquiry-based, project-based learning, and how that can be integrated into units that start with overarching questions,” she adds. “The students then can use those computers, and the iPads, to continue investigating and to addressing pressing problems and meaningful issues in their lives.”

Such outcomes are “huge” for students who previously lacked computers, she says. 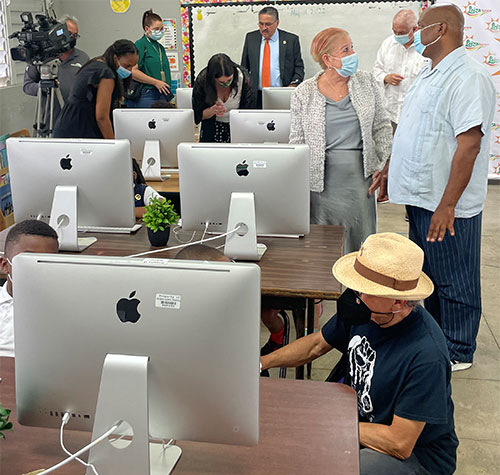 Teachers, meanwhile, are gaining an additional tool to accommodate and support different learning styles in their classrooms.

NIU College of Education students also might benefit from Johnson’s endeavor: Loiza could become a new destination for Educate Global and Engage Global, she hopes. She’s also hoping to develop a relationship with a secondary school in Comerío that she visited while on the island in May; Comerío is another town involved in the “3R’s for PR” initiative.

“Our Instructional Technology students maybe can work on purveying some of the professional development,” Johnson says, “and these are bilingual settings, so it could be a great opportunity for a lot of our teacher-candidates to go work in different settings, experience the educational systems there and also learn more about the communities there and some of the struggles and challenges that they’re facing.”

Doing so will meet her expectation that the partnership with Loiza is “ongoing and bidirectional.”

“We’re not saying, ‘We gave you the computers and now we’re gone,’ so that they just gather dust. We’ve seen all sorts of examples of where maybe donations don’t get used properly; after Hurricane Marie, there were a lot of stories of things that just sat in warehouses,” Johnson says.

“That’s why I think it would be important that, if we can bring our students, we can also learn what they’re doing in Puerto Rico as well as some of the innovations they’ve developed,” she adds. “Some of the schools I’ve visited have such limited resources, but they are still trying to meet the needs of their students and are doing some really wonderful, beautiful things.”

Primary sets the stage for showdown in Illinois legislature