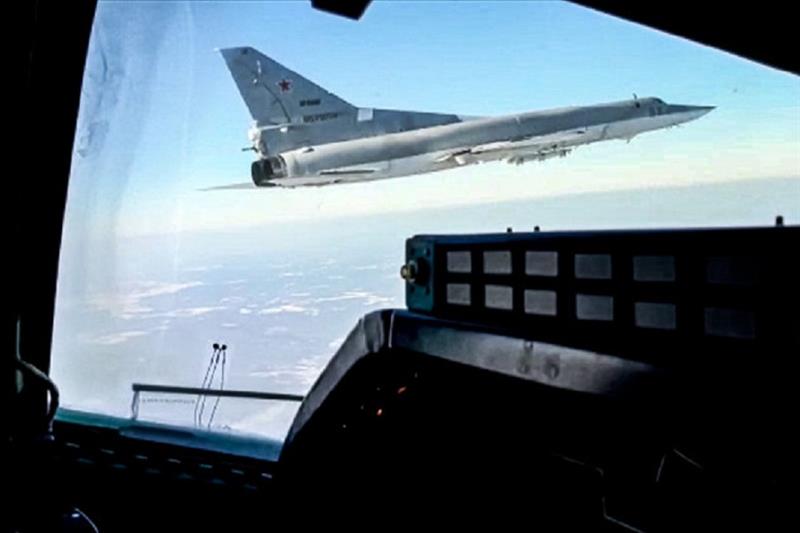 File photo: In this photo taken and released by the Russian Defense Ministry Press Service, on Saturday, Feb. 5, 2022, a Tu-22M3 bomber of the Russian air force is seen from the cockpit of another such plane during a training flight. AP

The Belarusian Defense Ministry said that Russia has deployed its warplanes to Belarus for the maneuvers, which will last until Feb. 1. It noted that all of the country’s air bases and firing ranges will be involved in the drills.

The exercise will feature joint air patrols, action to support ground forces, airborne operations, air reconnaissance and transport flights, the ministry said. It didn’t mention the number of aircraft that will be involved in the drills.

Last year, Russia and Belarus announced a plan to modernize Belarusian aircraft to make them nuclear-capable, and Belarusian President Alexander Lukashenko said in December that Belarusian crews were training with Russia to operate those planes, which would need to be modified to carry nuclear weapons.

Russian troops used the territory of Belarus to roll into Ukraine from the north on Feb. 24. Ukraine says that it has maintained forces alongside the country’s border with Belarus to fend off any potential incursions in the future.

The Pentagon said last week that it hadn’t seen any Russian troop movement in Belarus that would indicate an imminent attack.

CIA Director William Burns: Next 6 months will be “critical” in Ukraine…