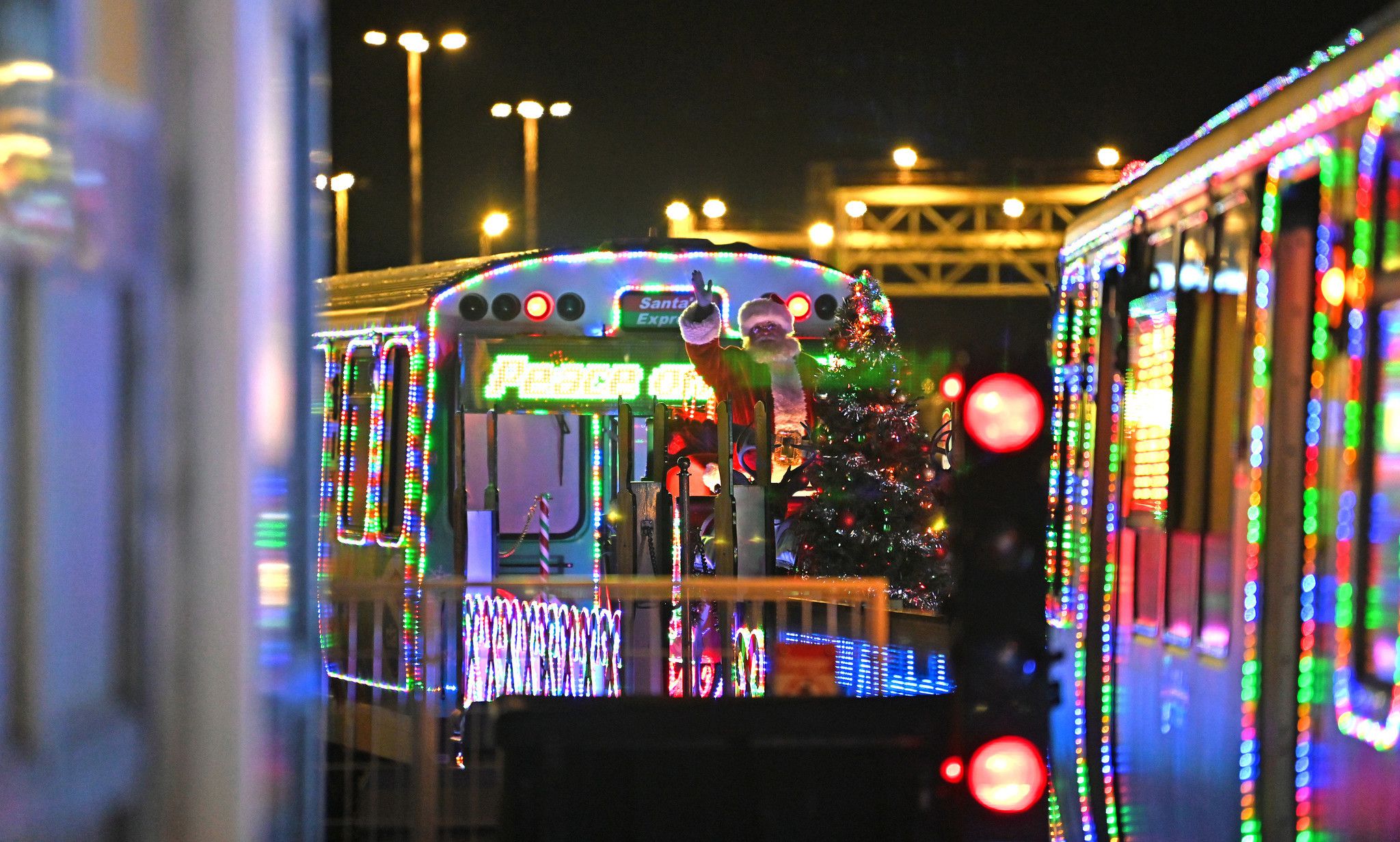 The beloved and festive locomotive is back again for its 31st year of operation alongside the CTA’s Allstate Holiday Bus and Metra’s own holiday train.

The train will begin its celebratory service the day after Thanksgiving and will serve all eight CTA rail lines, the transit service said. The six-car train will be decorated with holiday scenes, festive LED signs and countless sparking lights outlining the shape of the train and its windows.

“Santa and his reindeer will, once again, ride along outside the train, traveling from rail line to rail line to greet children and families,” the CTA wrote.

The train doesn’t just “deliver joy and the holiday spirit to thousands of riders,” the transit service says on its website. It’s also been used to deliver food to various charities throughout the city since it began on the Blue Line in 1992. CTA employees donate time and money to put together food baskets, and around 600 baskets will be donated to Chicago community organizations this year, the CTA said.

The CTA’s holiday bus, adorned in lights outlining “Ralphie the Reindeer” outside, will travel 16 routes. Inside, passengers will find a miniature village, lights and holiday-themed seating, the CTA said.

“Best of all, the bus includes Mr. Claus, in his sleigh, on a rooftop, ready to deliver toys!” the transit service wrote.

The transit service offered instructions for potential riders on how to take pictures: Make sure you don’t miss the train when taking your shot and wait for the bus to stop before you snap a pic with Santa.

A full schedule for the holiday train and bus can be found on the CTA website at transitchicago.com/holidayfleet.