(RNS) — In the Gospel parable of the resurrection of Jesus’ friend Lazarus, Jesus is in charge of the miracle — but it’s the community around the dead man that does the work of rolling away the stone and pulling off the burial shroud.

“We all have a role to play in the miracle, but none of us are the miracle worker,” said the Rev. Michelle Mathis in a sermon recounted in journalist Beth Macy’s new book, “Raising Lazarus.”

Mathis’ interpretation of the Lazarus story captures the philosophy behind an approach to addiction and recovery called “harm reduction.” Rather than stigmatizing drug users or assuming that all of them can be cured simply by practicing abstinence from illicit substances, harm reduction prioritizes their mental, social and physical health while making treatment more accessible.

Harm reduction didn’t originate in Christian circles. The concepts behind it first appeared in the 1960s and ’70s — some are traced back to activist aid programs begun by Black Panthers — and gained wider currency during the AIDS crisis of the 1980s. Harm reduction is the basis of needle exchange programs and the push to get Naloxone into the hands of those most likely to save lives. Its guiding principle, in the formulation of Chicago Recovery Alliance co-founder John Szyler, is “Any Positive Change.”

RELATED: As opioid epidemic spreads, a NC church opens its doors to a syringe exchange

But many in the faith community have adopted harm reduction as not only sensible but the most compassionate way to treat the addicted. Mathis, a leader in a national group called Faith in Harm Reduction, co-founded Olive Branch Ministry in Hickory, North Carolina, in a trailer outside the town’s Northminster Presbyterian Church with her wife, Karen Lowe. They describe it as America’s only queer and biracial harm reduction ministry. 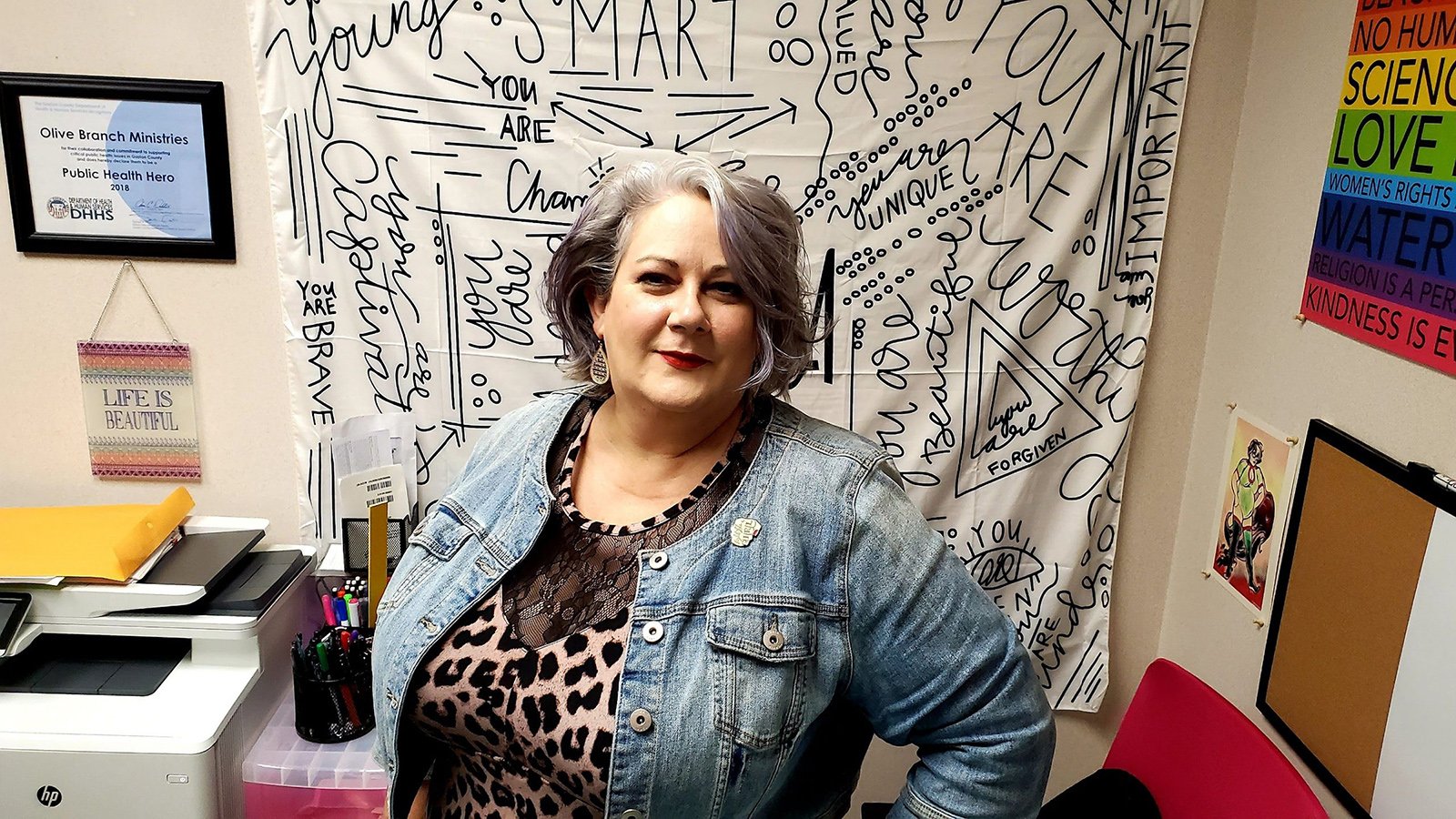 “Once I got involved in what harm reduction was,” said Mathis, who was ordained in a nondenominational church, “it was not an enabling kind of thing. It was urgent and necessary, and we’re being immoral if we don’t.”

“Raising Lazarus,” which follows Macy’s 2018 bestselling book “Dopesick,” consults with drug policy experts and other researchers and chronicles “die-in” protests and describes seemingly endless courtroom hearings. Another thread Macy follows is the long-running bankruptcy litigation of one of the primary distributors of prescription opioid painkillers, Purdue Pharmaceutical and the company’s founding Sackler family, who are confronted by survivors of the addiction epidemic as they strive for justice. 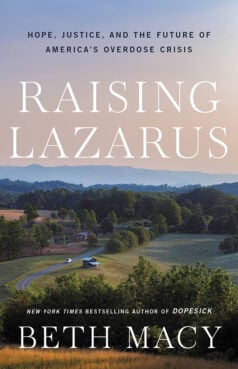 But the heart of the book is the harm-reduction warriors, like Mathis and nurse-practitioner Tim Nolan, who move from “trap houses” (where drugs are made, used and sold) to encampments under bridges and jail cells to provide addicts with protection against overdosing and disease while providing “low-barrier” options for treatment.

And as with “Dopesick” (which featured the work of Notre Dame of Montreal sister Beth Davies), Macy’s new book prominently features men and women moved by their faith to work alongside those wrestling with addiction.

Olive Branch, which also does peer support and community education, doesn’t evangelize or try to convert people, Mathis told Religion News Service in an interview. “We believe someone is where we were.” Religious people have often told addicts that they were sinners and failures, she said, “but Jesus loves them.” Her job, Mathis said, is to tell them: “If you’re having a great day, I’m going to celebrate with you. If you ever have a bad day, I’m going to mourn that day. But I’m going to be there.”

In 2019, when Macy was writing the book, United Methodist pastor Ray Morgan was working in a church in Mount Airy, North Carolina, where, along with other clergy, he was “educating the public and trying to be supportive of those who were doing the work” of harm reduction. (Morgan has since moved to a neighboring county.)

Morgan and his colleagues had been told by their flocks that the opioid epidemic was the most important thing they could tackle, he said. He recalled one conversation he had with Mark Willis, director of the Surry County Substance Abuse Recovery team. Morgan asked Willis, “What do you need from the church?” He said that Willis’ answer was “Hope.” 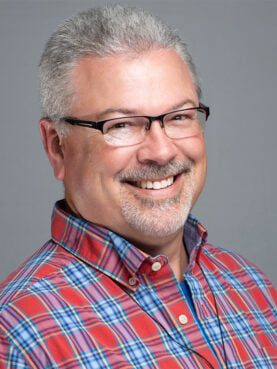 “What does the church have if we don’t have hope? We have the hope of the world,” added Morgan. “To me, it was a no-brainer.”

Morgan, who had gotten to know people grappling with addiction as a layperson at Green Street United Methodist Church in Winston-Salem, became an outspoken advocate for harm reduction. “It’s one of the easiest and best ways to get somebody to go into recovery,” because, he said, “there’s at least one person who’s coming to them who cares enough to show up.”

In Mount Airy, Morgan and his group of pastors got busy handing out “survivor bags,” which included items like fresh underwear, toiletries, hats and gloves, the Gospel of John, and a list of county resources. They also informed local law enforcement about what they were doing.

While Morgan praised the efforts to reach addicts around Mount Airy, he said that Christians in general have a lot of work left to quell the stigma around addiction. “Quit calling them addicts. They are not addicts, they are people made in the image of God, children of the Most High, and we are commanded by Jesus to love them.”

In an interview, Macy put it more bluntly. “If churches aren’t relevant, why should they exist? They would be more vibrant, and they would feel better about themselves, if they reached out to the people in their communities.” 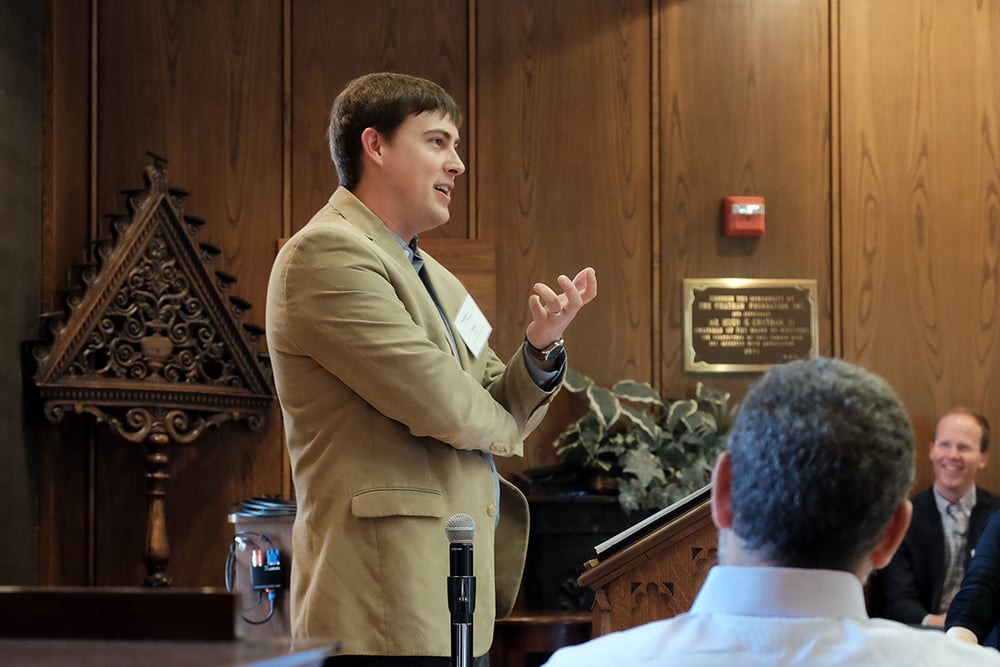 McCarty and his colleagues, who did a needs assessment of congregations in the region, will soon launch a website that provides resources to congregations who decide to initiate or intensify their efforts (Mathis and her work are spotlighted in a video to be featured on the new website).

McCarty cautions those congregations who think any single approach, whether it be harm reduction or a 12-Step program, to addressing substance abuse can easily translate into churches who have different cultures and diverse theological perspectives.

They have found, he said, that one-size-fits-all approaches don’t work. “If you try to make one thing everybody could buy into, nobody would like it very much.”

“We’ve got to meet churches where they are. Because that’s harm reduction, too. That approach has a lot more hope than an outsider coming and saying if you don’t have a syringe exchange, you clearly hate people like that.” FILE – Signs are displayed at a tent during a health event on June 26, 2021, in Charleston, W.Va. Volunteers at the tent passed free doses of naloxone, a drug that reverses the effects of an opioid overdose by helping the person breathe again. (AP Photo/John Raby, File)

In 2017, the Rev. Erica Poellot, the first ordained minister of harm reduction and overdose prevention ministries in the United Church of Christ, became the founding director of Faith in Harm Reduction, which grew out of a collaboration with New York’s Judson Memorial Church. The organization attempts to build bridges between faith communities and those doing harm reduction work, said Poellot.

Faith communities have a “range of opportunities” to address overdose and substance use in their communities, including offering hospitality, public policy advocacy, partnerships with harm reduction agencies, and working to remove the stigma associated with drug use, Poellot said.

Because harm reduction consists of any kind of alleviation of suffering due to substances, there is always room for helpers of any expertise and none. If you aren’t called “into the trenches” of direct service to addicts, said Mathis, you can still be a witness to the miracles of transformation. “We all have a role to play. We just have to figure out what the role is.”

That includes “stone-rollers” — helpers whose role is to witness the miracle. That can be anyone. “Best not to give up too quickly on a neighbor,” wrote Macy in the epilogue to “Raising Lazarus.” “Best not to judge a stone too heavy to roll.” 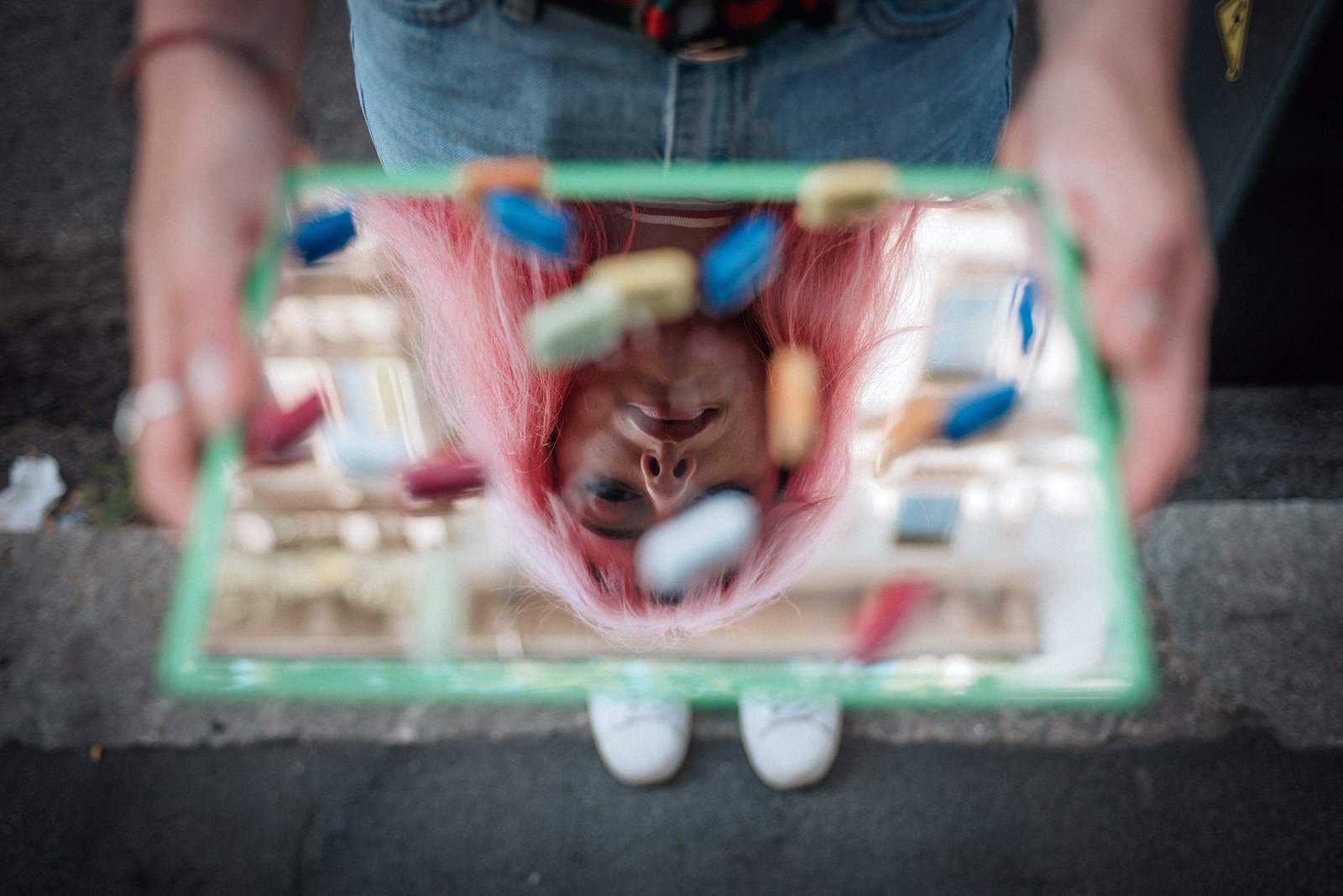 Pope rallies Congo’s youth, and gets a thunderous response

At Tyre Nichols’ funeral, VP Harris and Sharpton among those praying and promising…