Two weeks ago in Barcelona, the pinnacles of the Mark and Luke towers of Sagrada Familia basilica lit up the night sky for the first time. The event marked the completion of half the central spires at famed architect Antonio Gaudi’s unfinished masterpiece.

If you’ve ever suffered through a home renovation project, then perhaps you can relate to the tortured history of Sagrada Familia, which has been under continuous construction, save for the rather rude interruption by the Spanish Civil War, since 1882. Gaudi only lived to see less than a quarter of his vision realized before he was killed in a tram accident in 1926. Despite the decades of scaffolding, the church has remained one of Europe’s top tourist sites; it welcomed nearly 5 million visitors annually before the pandemic.

It’s in that spirit that we hope you can enjoy the inaugural 2022-23 installment of Bracket Watch. Much assembly remains in this college basketball season. But enough of a foundation has already been laid that hopefully this exercise can be — like those Mark and Luke towers — illuminating. 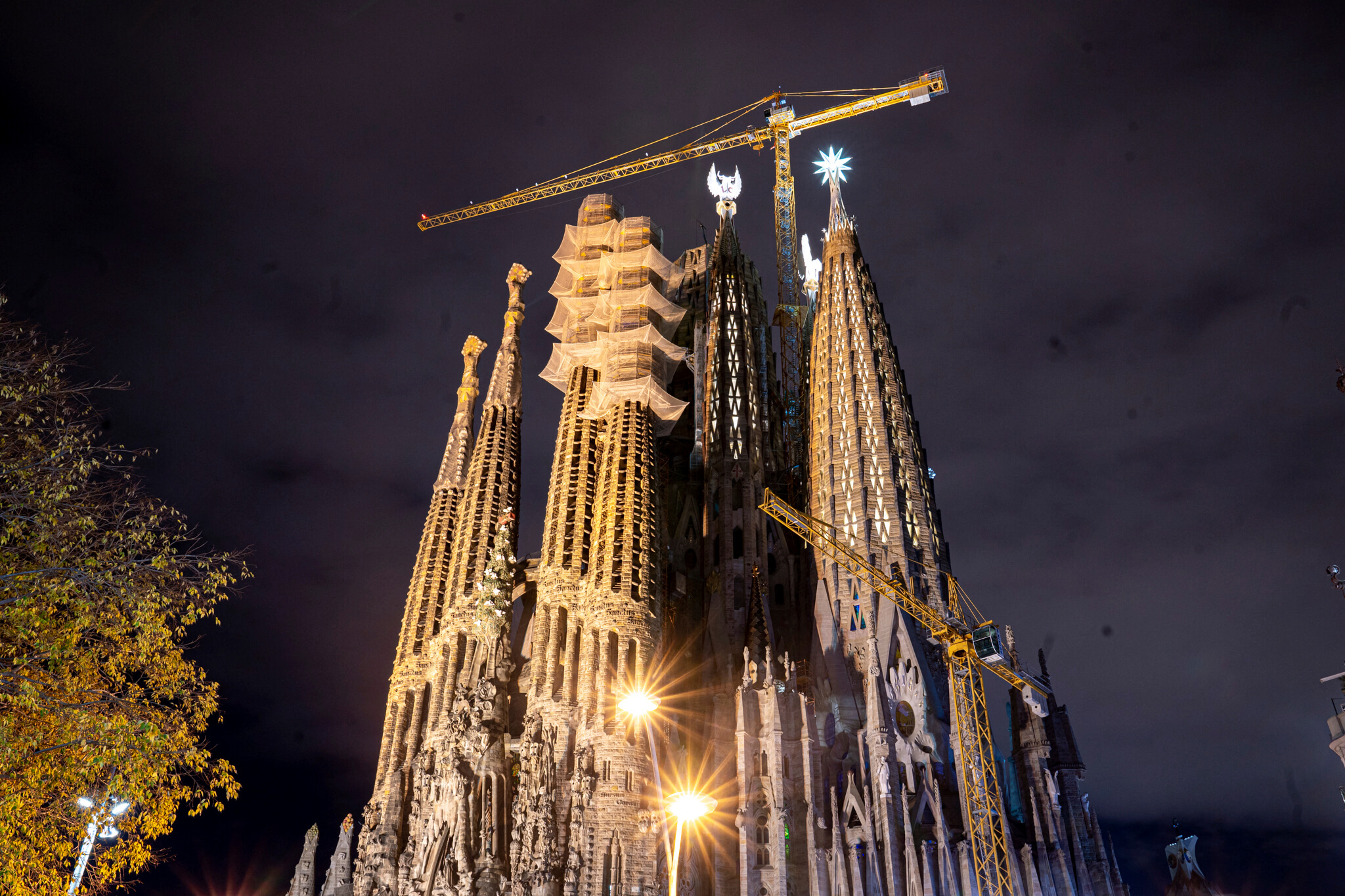 There’s a reason why we wait until late December to create our first mock 68-team field, unlike some others in this space. Sure, the sicko part of us is compelled to click on a bracket in, say, June or September. But projecting the NCAA Tournament before teams have manufactured any body of work would be a bit like Gaudi declaring Sagrada Familia done at the blueprint stage. No bueno.

Those preseason or early mock brackets all had teams like North Carolina, Kentucky and Creighton on the top lines. Purdue was hovering near a double-digit seed. Now that the nonconference season is basically a Big 12/SEC Challenge away from being cemented, we can construct a bracket quite a bit more accurately than that.

There will no doubt still be many unforeseen developments in the weeks to come, just as there have been for Sagrada Familia. The basilica was scheduled to finally be completed by 2026, in time for the 100th anniversary of Gaudi’s death and the celebration of Barcelona being named the UNESCO Word Capital of Architecture. That now seems highly unlikely, in part because of COVID-19 delays. At least we know for sure that Selection Sunday is 73 days away.

Some notes on the first bracket:

• UConn and Purdue are the clear top two seeds at this point, and we could have a good debate as to which team should be No. 1 overall (the Huskies’ sheer dominance wins the day for us). But since UConn would go to the East Region (New York City) and Purdue would be in the South (Louisville), it’s really splitting hairs. The more interesting discussion is which two of Kansas, Arizona and Houston deserve the other No. 1 seeds. We went with Kansas and Arizona on the basis of their slightly stronger schedules. Plus, that allows us to have Kansas in the Midwest (funneling to Kansas City) and Arizona out West, while Houston also stays in its closest geographical region. Expedience!

• The aforementioned UNC, Creighton and Kentucky were among the hardest teams to seed. We have the Tar Heels as a No. 6 seed, Creighton — taking into account injuries, as the committee does — at No. 8 and the struggling Wildcats at No. 10. Strong computer rankings are about the only thing keeping Kentucky — which is 0-3 in Quad 1 — in the field at this point. Stunning.

• We’re kind of hoping the internet is down in Lubbock at the moment, as Texas Tech is not among our field of 68 despite a 10-2 record. That record, though, is deceiving. all 10 of the Red Raiders’ wins have come in Quad 4, and the NET ranks their schedule 315th. That is not the profile of a tournament team, though the Big 12 will offer plenty of opportunities for Texas Tech to prove itself. Our last team in, LSU, also has played an extremely soft schedule and racked up nine Q4 wins. But the Tigers did just beat Arkansas at home and have a decent neutral-court victory over Wake Forest.

• Our most controversial selection is probably Iowa in the First Four. Yes, that’s the same 8-5 Iowa team that shockingly lost to Eastern Illinois at home last week and was blown out at Nebraska on Thursday night. Not great, Bob, and all that. So why are the Hawkeyes in? Well, they had ranked in the top 36 of four major computer metrics going into Nebraska, which believe it or not counts only as a Quad 2 loss because of the Cornhuskers’ sudden feistiness. There’s some injury forgiveness at play here, too. A fully healthy Iowa still has a case of being one of the best 36 at-large teams right now. But it’s obviously not a very strong case.

• Wondering how accurate we are with this thing? Last year, our final mock bracket had 67 of the 68 teams in the field, with 45 teams seeded correctly and 66 teams projected within one line of their actual seed. (We are still confused as to how Tennessee was not a No. 2 seed instead of Duke). Thanks to the invaluable BracketMatrix.com for keeping score.

• This week’s Final Four pairings would be East vs. West and South vs. Midwest based on our seed list, which you can find below. An * represents projected conference autobid qualifier; with many leagues just beginning conference play, we’re basing this mostly on metrics for now.

• Questions? Gripes? Bring ’em to the comments section and we’ll try our best to respond. Just don’t get too worked up over where things stand on Dec. 30. Like a certain Spanish church, this remains a work in progress. Now pass the tapas.

Year in Review: California Got Even Crazier in 2022